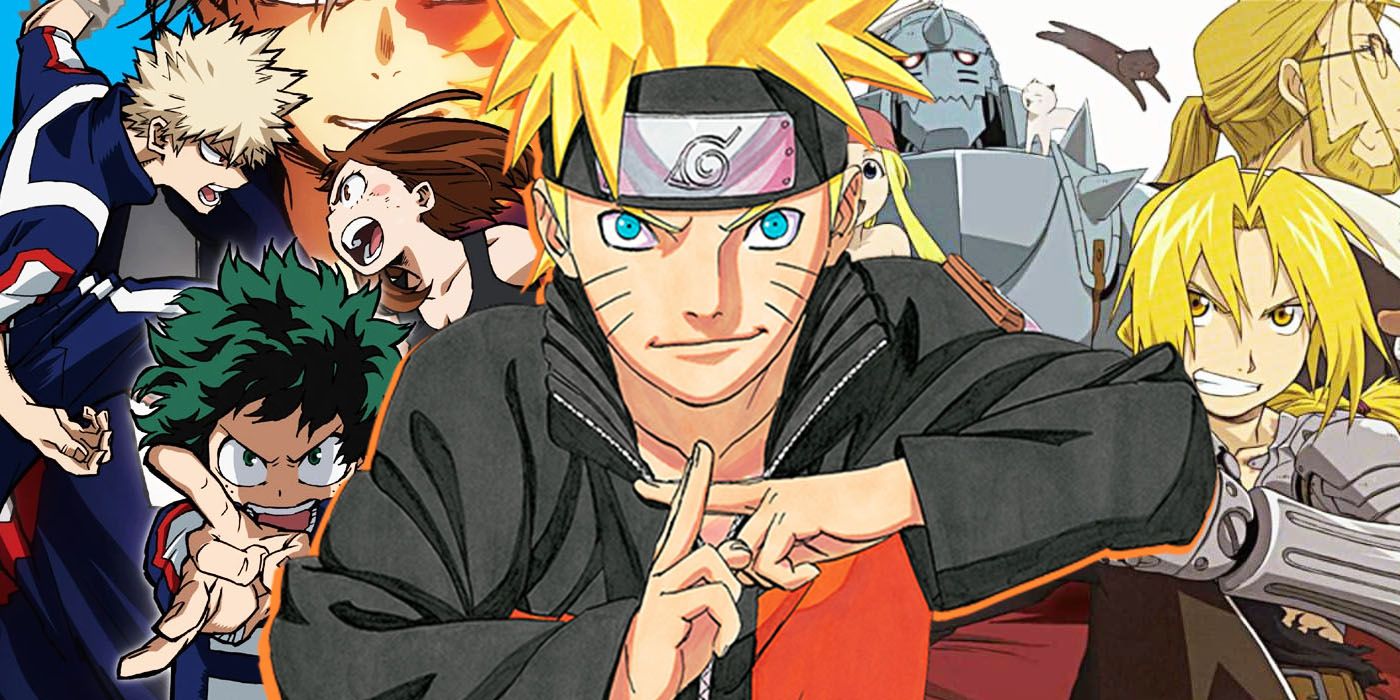 When fans talk about shonen anime, they tend to focus on the negative — discussing infamous tropes that are heavily disliked. One common shonen trope is the classic. stereotypical annoying protagonist, but that’s a difficult one to determine because whether a character is annoying or not depends on the fan’s preferences.

While discussing tropes that are heavily disliked is completely valid, and incredibly important when looking into the history of shonen anime, there are many tropes that have the opposite reputation. Here are three excellent shonen tropes fans enjoy and why they work.

The Power of Friendship

The power of friendship is a commonly used trope seen in anime, western cartoons, and various other forms of media. This specific trope is probably well-known and recognized by anime fans because it’s super common in shonen anime, specifically. The power of friendship remains one of shonen anime’s most successful tropes for many reasons. One of the most likely reasons is many people resonate with stories about friendship and want to believe in the power of love and friendship themselves.

The power of friendship trope can also help people escape their own feelings of loneliness, especially if they are a child or young teen. While watching anime isn’t a substitute for real-life friendship, it may help the fan feel more comfortable with themselves because kids and young teens are usually impressionable – whether they want to believe it or not. The power of friendship remains a popular, powerful, and well-loved trope to this day as it creates a meaningful message for fans of the narrative, and its characters. The message surrounding this trope is easy to follow, being surrounded by friends gives people — usually the protagonist — gains the power to do anything.

This power is the manifestation of the group’s friendship and proves friendship can be stronger than romantic love. Usually, this “power” is enough to allow the main character to defeat the antagonist or villain at the very end of the series. Since the character’s power comes from the source of friendship, the friend doesn’t have to be someone they have known forever, or have been friends with since the beginning of the story. Sometimes the friendship comes out of a redemption arc from the villain who the main group or character can safely call a friend. A great example of the power of friendship shown in a shonen anime is the final fight scene between Father and Edward Elric in Fullmetal Alchemist – everyone cheers Ed on, and it gives him the power to finally defeat his greatest enemy.

RELATED: How Fairy Tail Handles the Power of Friendship Differently From Other Shonen

Tournament arcs in shonen anime are a well-known and easily loved trope for a few reasons. A tournament arc gives fans something to focus on for a long period of time without the plot repeatedly changing. During a tournament arc fans are unlikely to forget what is happening in the story even if they’re watching the anime on a weekly basis. Tournament arcs usually feature excellent new characters and introduce powers the audience has never seen before. This can create excitement among fans and give people something new to talk about to hype up the anime.

One of the most identifiable tournament arcs is the Chunin Exams from the original Naruto series. For those who haven’t experienced the Chunin Exams, the premise of the exams themselves is simple. The exams give genin the opportunity to prove themselves and get promoted to a higher ninja ranking. The exam itself differs from one stage to the next, so the competing genin can’t prepare themselves beforehand. The Chunin Exams are open to all villages and are held twice a year. All villages take turns hosting the exams; in Naruto, the exam is hosted in the Hidden Leaf Village.

RELATED: Naruto: Ino Shouldn’t Have Cut Her Hair During the Chunin Exams – And for Good Reason

There are a number of memorable moments that happen during the Chunin Exam arc in Naruto. Some of the most unforgettable fights include Ino vs. Sakura, Shikamaru vs. Temari, and Hinata vs Neji. However, the most famous fight scene in the Chunin Exams is the battle between Rock Lee and Gaara. This is likely one of the most popular and well-known fight scenes within the Naruto universe — it’s extremely loved by fans and many people who haven’t watched or read the Naruto series have watched the fight scene between Gaara and Lee. At this point, both Gaara and Lee are rather mysterious in terms of their abilities and limitations.

This fight scene stands out for a few reasons, namely because it’s the first time fans see Lee without his weight restraints on his legs. Once the weights are off, Lee is shown to possess incredible speed and even makes a dent in Gaara’s protective sand barrier. Another aspect of the fight fans love is it’s the first time Gaara seems vulnerable, and the fight allows him to show his real strength. He’s shown to have a weakness, and even he has trouble keeping up with Lee’s taijutsu.

RELATED: Why Rock Lee Is One Of Naruto’s Most Compelling (and Underrated) Characters

The Simple-Minded Yet Lovable Protagonist

Simple-minded and otherwise airheaded protagonists aren’t for everyone. Some fans find them annoying and overrated, especially in shonen anime. However, there’s something about a dimwitted, yet lovable protagonist that many fans can’t seem to get enough of. Maybe some fans feel a kinship to these types of characters or want to be more like them because they tend to be likable people. Simple-minded protagonists are usually charismatic in one way or another — despite their typically irritating personality quirks, most people can’t help but love them. Another aspect of the simple-minded protagonist is they are generally known as food lovers and can be very gluttonous. Usually, these characters can be seen eating half their body weight in some type of food, and this has become popular among fans as well. Great examples of this are Naruto Uzumaki, from Naruto, and Luffy from One Piece.

Naruto is a classic example of this beloved trope. Naruto is very naive and simplistic, but he is also very lovable. Naruto is also a glutton and specifically loves eating ramen. Even if you aren’t a Naruto fan, it’s likely no news Naruto loves it. Though, it’s arguable Naruto “popularized” the dish… maybe among western fans.