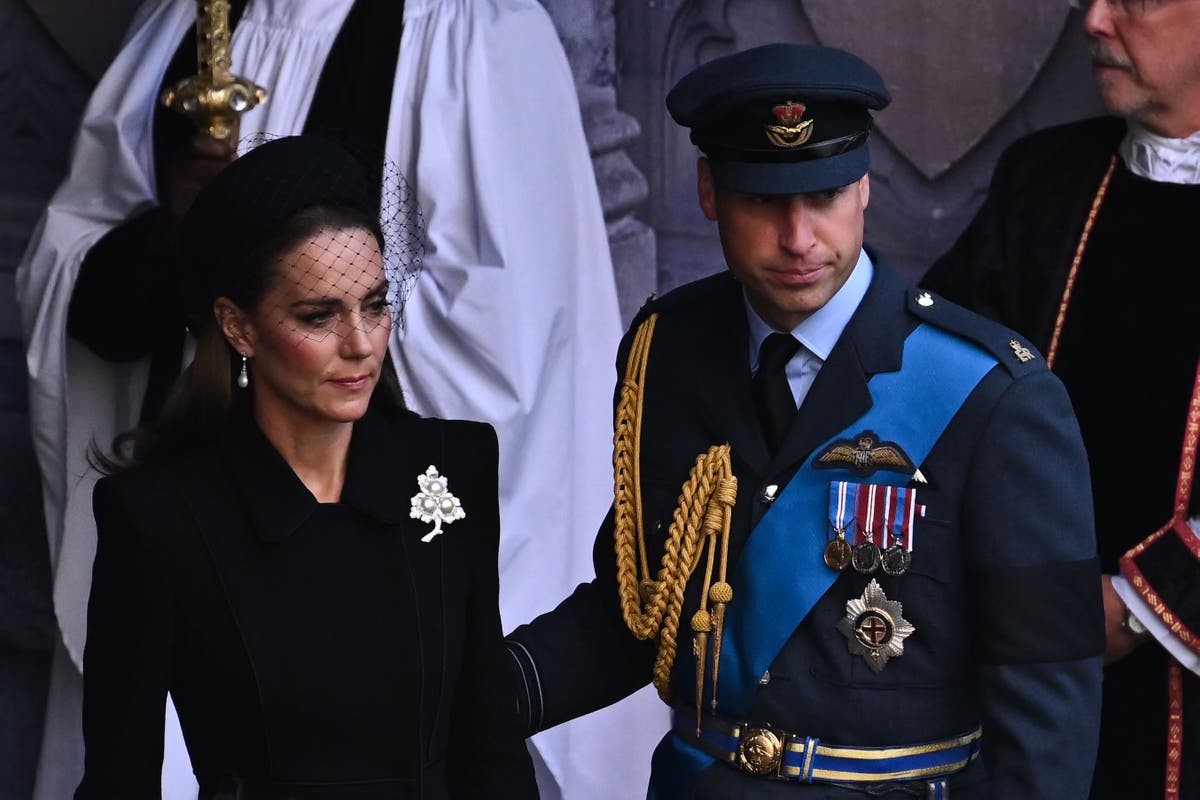 Kate Middleton has chosen to wear one of Queen Elizabeth II’s brooches as she and the rest of the royal family honour the late monarch.

On Wednesday, the Princess of Wales made her way from Buckingham Palace to Westminster Hall for a service for the Queen. For the occasion, which saw Kate ride alongside Camilla, Queen Consort, she wore an entirely black outfit and a black fascinator with a veil.

She completed the look with the Queen’s diamond and pearl leaf brooch, which she had paired to her lapel. The brooch is recognisable for its trio of pearls, which are placed at the corners of a pave-set leaf.

The late monarch wore the brooch on her 73rd birthday in April 1999 while attending a concert in Seoul, South Korea.

In photos of the event, the Queen could be seen wearing the brooch pinned to a yellow dress with white polka dots. She accessorised the look with a pair of white gloves and her beloved three-strand pearls.

This is not the first time that Kate has worn the brooch passed down to her by her husband Prince William’s grandmother, as she was first photographed wearing the brooch in 2017 while attending a service to mark the centenary of the Battle of Passchendaele in Belgium.

The royal also appeared to wear the brooch in November 2018 to the Festival of Remembrance, according to the website What Kate Wore, which notes that, at the time, Kate covered the brooch almost entirely with poppies.

Kate’s choice to wear a piece of jewellery with a connection to the Queen comes after she paid tribute to the late monarch with her necklace choice on Tuesday, when she wore a three-strand pearl necklace in honour of the royal’s own favourite piece of jewellery.

In addition to honouring the Queen with her chosen brooch, the princess also paid tribute to the late Princess Diana with her jewellery choices on Wednesday, as the royal is reported to have worn a pair of earrings previously owned by her husband’s mother. Kate also paired the pieces together when she wore the brooch to the Passchendaele Commemorations in Belgium.

During Wednesday’s procession, which was also attended by Meghan Markle, who rode with Sophie, Countess of Wessex, William and Prince Harry walked behind their grandmother’s casket.

Once they reached Westminster Hall, the Archbishop of Canterbury led a short service.