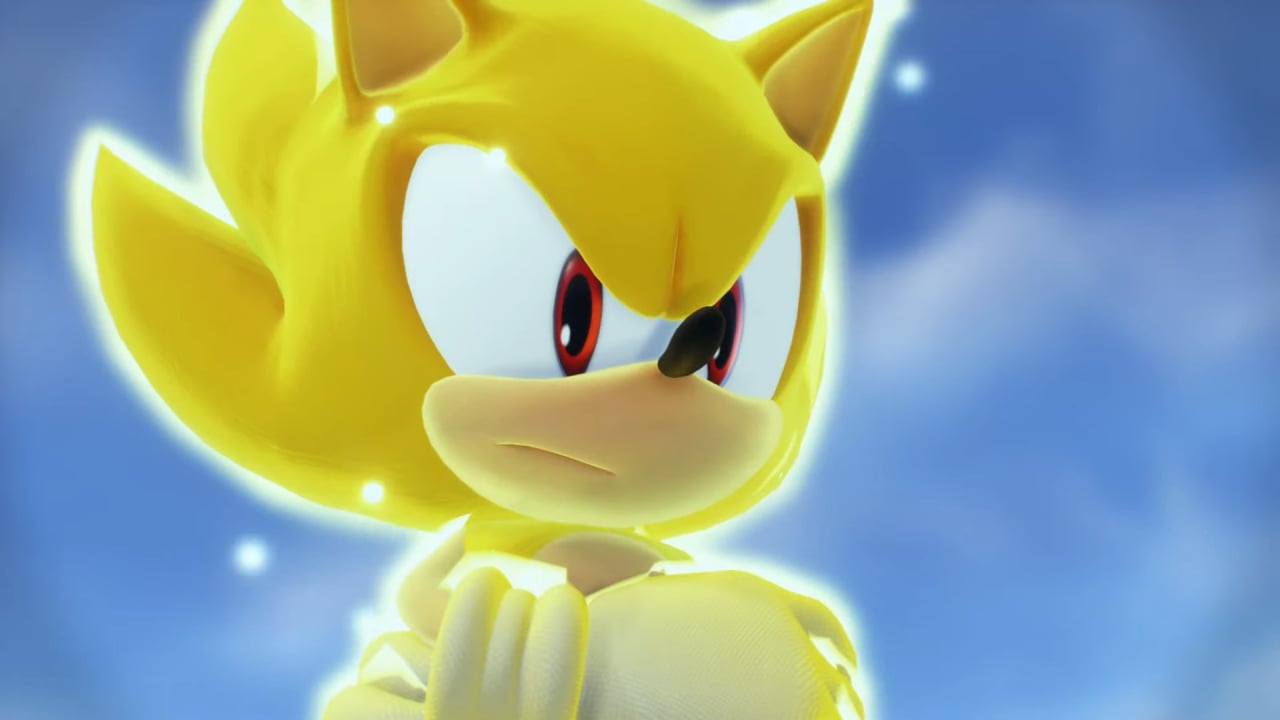 Sonic Frontiers is due to release on Switch on November 8th. While that is just a few short months from now, we are still being provided with more and more footage at an alarmingly fast rate (could we really resist a speed reference?) Today’s ‘TGS Trailer’ continues this trend with a fresh look at the game’s Titan Battles, as well as a sneak preview of the yellow hedgehog, Super Sonic, in action.

We know the drill of these trailers by now. Running up walls? Check. Bounce combat? Check. Reluctance to show gameplay footage? Check. The new trailer (found above) once again consists mainly of cinematic visuals, with Sonic doing his thing in the game’s ‘open world’ landscape, taking on huge titans by running through a series of loops to gain speed boosts – who would have thought it?

There is also a dynamite blast from the past in the trailer’s soundtrack. Accompanied by the track ‘Vandalize’ by ONE OK ROCK — which is the game’s ending theme — the track feels like it’s been ripped straight from the 2000s, with the rock strings and tortured-soul vocals hitting that child-acts-like-a-teenager emotion that the franchise has always aced.

Even we must admit that we were slightly sideswiped by the trailer’s finale, however, which sees the reveal of Super Sonic. Glistening with yellow power energy, the trailer confirms that you will be able to enter the boy racer’s super mode when all seven Chaos Emeralds are in your possession.

You think you know everything about a game and then bam! Another reveal appears. In true Sonic Frontiers fashion, we don’t know what exactly this pumped-up version of the hedgehog will play like (the trailer only provides some cinematic footage), but let’s hope that these new powers are enough to provide some changes in the game’s original bouncy combat system.

With the game due out in under two months, there can’t be many more trailers before we actually get to go hands-on with Sonic’s next frontier. However, with the rate that these reveals are coming out, we wouldn’t be surprised if there is more footage of Sonic Frontiers to come yet.

Are you excited about Super Sonic in Sonic Frontiers? Screech to a halt in the comments and let us know!