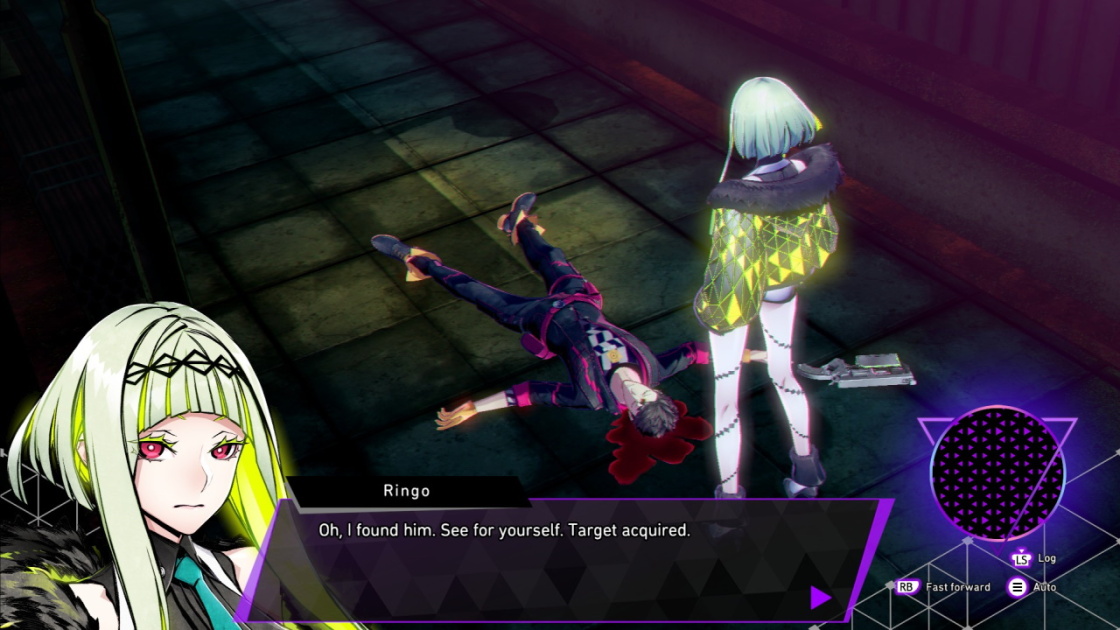 The Shin Megami Tensei meta-series (technically just Megami Tensei for the entire JRPG franchise, but SMT is the shorthand) is one of my favorite overarching “things” in video games. It takes a handful of similar names and concepts, mixes them around, then puts them in several different game series, each with its own unique identity and mechanics. For example, Shin Megami Tensei itself is a dark, apocalyptic exploration of chaos and order. Persona is a stylish, high school-focused adventure about friendship, trauma, and self-improvement. Devil Summoner: Raidou Kuzunoha is an action-oriented period piece. Devil Survivor is a tactical-RPG. Tokyo Mirage Sessions #FE is a collaboration of the Shin Megami Tensei series and the Fire Emblem series, with a heavy emphasis on idol performers. In terms of quality, all of these games range from “very good” to “some of the best JRPGs out there.”

Then there’s Soul Hackers, or rather Devil Summoner: Soul Hackers. It came out before the Raidou Kuzunoha games and is a more traditional turn-based RPG about virtual reality, dead souls, and, of course, summoning demons. It was beloved enough to get a rerelease on the Nintendo 3DS, and now it’s gotten a full sequel in Soul Hackers 2 ($59.99) for PC, PlayStation 4/5, and Xbox One/Series. Soul Hackers 2 combines the ideas featured in the first Soul Hackers game, such as hacking the souls of the dead and fighting a mysterious Phantom Society that wants to destroy the world, with the SMT games’ aesthetic notes. Aesthetics aren’t personality, though, and without some real hooks to make it feel unique, Soul Hackers 2 just doesn’t distinguish itself like most other games in the Megami Tensei meta-series. It’s a fine JRPG on its own, but it lacks the philosophy, panache, emotional connection, and thematic weight that Devil Survivor, Persona, and Shin Megami Tensei possess.

A bit on the nose for such an interesting idea.
(Credit: PCMag)

Soul Hackers 2 begins with the introduction of Aion, a godlike being manifested by the sum of human knowledge and interaction over the internet. Surprisingly, Aion doesn’t want to see the world destroyed, so when it predicts imminent ruin, it creates two androids—Figue and Ringo—to save the lives of the people whose deaths will trigger the apocalypse. The bad news is that those people tend to die right before they’re found. The good news is that Ringo can bring them back to life by hacking their souls back into their bodies. The hacking process is how Ringo builds a party of three former corpses entangled in a plot to summon a creature that will consume mankind, while Figue works in the background to assist them all.

Visually, Soul Hackers 2’s anime style, heavy use of neon-like glowing accents, and vaguely defined virtual spaces feel like Digimon Story: Cyber Sleuth, though the aesthetic is similar to Tokyo Mirage Sessions #FE. There are a few, small interface flourishes that evoke Persona 5, but they’re tiny bits of flashiness in an otherwise mundane menu system. The game looks good, but it doesn’t look remotely distinct from Cyber Sleuth or Tokyo Mirage Sessions, both of which had much more cute charm to carry the aesthetics. It makes Soul Hackers 2 look like a generic, mid-tier RPG.

This tepid identity carries into the storytelling and mechanics, too. The idea of a superintelligence sending a piece of itself to save the world with reanimated demon summoners is a genuinely interesting premise, but it doesn’t ever live up to its potential. Ringo brings her party together, then the team simply chases after the villainous group trying to end the world. Although we see pieces of each character’s history, and Ringo grows closer to each partner in conversations, the story doesn’t reach the Persona games’ compelling characterizations or interesting interactions. Similarly, it doesn’t really raise any interesting philosophical questions like the main Shin Megami Tensei games do, with their questioning of order and chaos as reality’s driving forces.

Soul Hacker 2’s mechanics are similarly uninspired and underdeveloped. In this game, each party member has a single, equipped demon which dictates their abilities, stats, and elemental affinities. This doesn’t change much from standard SMT demon party dynamics, except that named characters perform every action. This means combat is very Shin Megami Tensei-like, with turn-based battles featuring characters who can use varying skills based on their equipped demons. There’s no Press Turn or Smirk system like in SMT 3/4/5, and hitting enemy weaknesses or strengths doesn’t add or subtract movement turns (or otherwise significantly affect either side’s situation outside of what it does to their hit points).

Exploiting enemy weaknesses encourage that character’s equipped demon to ready a powerful attack at the end of the turn, so there’s still a good reason to use the right elements. That said, it only amounts to a powerful extra hit, and feels very one-sided in your favor (which is wildly against the SMT meta-series’ challenge).

Soul Hacker 2’s dungeons are also repetitive and lifeless. Your party’s demons explore dungeons and appear at random points to give you items or let you recruit other demons. This completely replaces treasure chests and demon negotiating found in many SMT games. It’s underwhelming to run around a new location and have almost every interesting point be highlighted by a floating demon you already know because they’re already in your party. It doesn’t help that each party member’s Soul Matrix dungeons, which advance their individual stories and give them more powers, all look like the same, bland virtual space.

These shades of mediocrity are especially frustrating because there’s clearly been some polish put into this game. The problem is there isn’t enough substance to make that polish worthwhile. For such an interesting premise, and as part of such a beloved meta-series, Soul Hackers 2 feels lifeless. It needed its own strong identity to bring all of its components together; without that, it just feels like an underdeveloped Shin Megami Tensei game.


As a classic game collector, I feel attacked.
(Credit: PCMag)

Can Your PC Run Soul Hackers 2?

On my Nvidia GeForce RTX 3060-based laptop, the game consistently hovered at the 60 frames-per-second mark, even with browser windows open and regular alt-tabbing in and out of the game. This is because Soul Hackers 2’s graphics aren’t very demanding; they’re sharp, anime-style environments and characters with modest levels of detail.

Soul Hackers 2 supports game controllers, Steam Achievements, and Steam Trading Cards. It’s not listed as a Steam Deck-compatible game, but that may change in the future.

Why You Should Game on a PC

Soul Hackers 2 is by no means a bad JRPG, but there are several out there that do a much better job of mixing modern anime aesthetics, monster summoning, and vague sci-fi concepts cohesively. Digimon Story: Cyber Sleuth, Persona 5, Shin Megami Tensei V, and Tokyo Mirage Sessions #FE are all superior games with clearer identities and stronger mechanics and storytelling. Compared with those games, Soul Hackers 2 falls a bit flat.

Soul Hackers 2 is a decent Japanese role-playing game in the Megami Tensei meta-series, but decent isn’t enough when you’re competing against titans in your own family.

Sign up for Lab Report to get the latest reviews and top product advice delivered right to your inbox.

This newsletter may contain advertising, deals, or affiliate links. Subscribing to a newsletter indicates your consent to our Terms of Use and Privacy Policy. You may unsubscribe from the newsletters at any time.