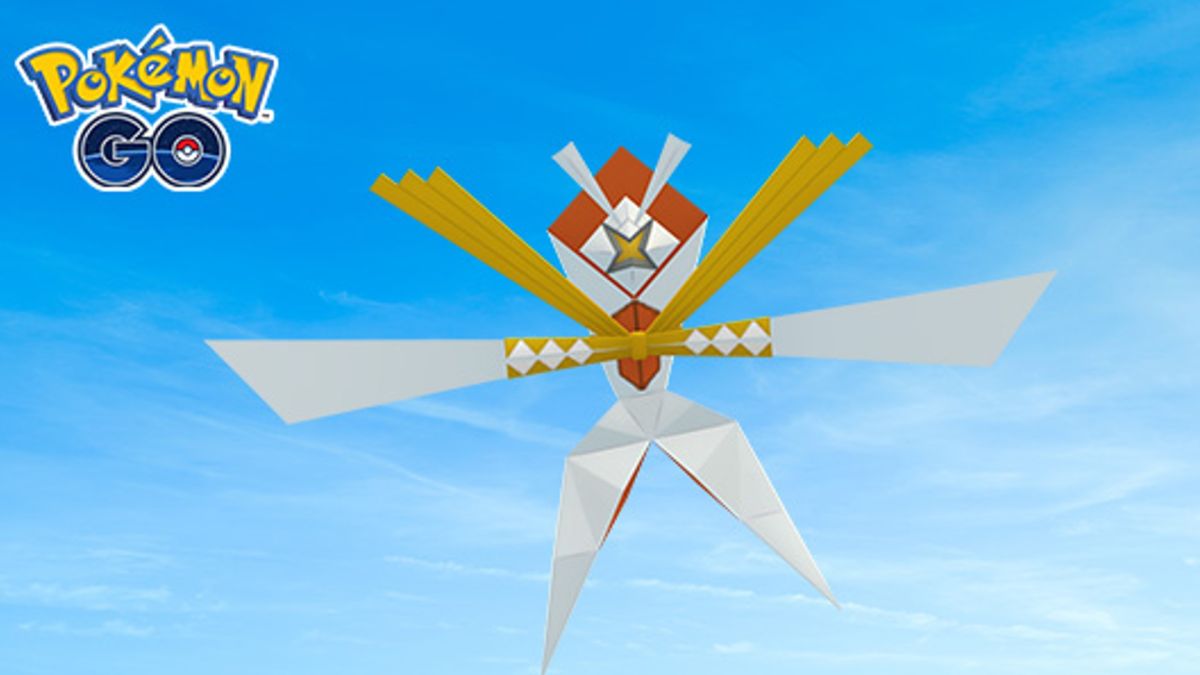 These Pokemon Go Kartana Raid counters will help you catch the latest Ultra Beast to invade Pokemon Go. This paper-like Pokemon with the code name UB-04 Blade has a high attack stat, with low defense, in the mainline Pokemon games, but it will be a great glass cannon for trainers looking to add this Ultra Beast to their collection.

Kartana will debut in five-star Raids in Pokemon Go from Tuesday, September 13 until Tuesday, September 27. However, this Ultra Beast will only appear for  Pokemon Go trainers in the Northern Hemisphere. Its counterpart, Celesteela, will only appear in the Southern Hemisphere – and we have Pokemon Go Celesteela Raid counters to help you there. Of course, trainers who know a trainer who is currently in the hemisphere they aren’t can join them via the Pokemon Go Remote Raid Pass system .

But before you go into battle, read our guide on everything about Kartana including which Pokemon are the best to take it down.

Kartana is a Grass and Steel-type, making it weak to just Fire and Fighting-type moves. Luckily for trainers, this Ultra Beast is four times weak to those Fire-type attacks so using a team full of them would benefit them the most.

Mega Charizard, both X and Y, are great options for boosting the power of your team’s Fire-type attacks as well as dish out enough damage to take out Kartana. While the Dragon-type Mega Charizard X is a good option, the Flying-type Y variant should be the way to go as it will resist many of Kartana’s moves. We’ll go more into detail on that in the section below.

As for Mega Houndoom, the other Mega Fire-type, it can also put in some work.

For trainers who want to use Fighting types on their team, Mega Lopunny would be the way to go, but we do recommend just going in with a team of Fire types. Not only will they take down Kartana faster, but your Megas would boost the Fire moves of your teammates who are most certainly going to use them in this battle.

Here is a list of viable counters against Kartana in Pokemon Go.

Kartana has a good mix of attacks it can use against trainers. Its main attacking moves are the Grass-type Razor Leaf and Flying-type Air Slash.

Your various Fire types will all resist Razor Leaf, so trainers should be good there while the dual Flying types will resist this attack even more. Air Slash would give problems to trainers who bring in Fire types like Blaziken and Emboar as they are weak to Flying attacks. While both Pokemon would deal plenty of damage, trainers using them will have to watch out for it.

As for Kartana’s Charged Attacks, the same rules apply to Leaf Blade and Aerial Ace. X-Scissor is a Bug-type attack that while won’t give problems to your Fire types, Mega Houndoom would take neutral damage to it.

Nigh Slash is Kartana’s final Charged Attack and gives Pokemon like Chandelure and Delphox problems. While there’s only a 25 percent chance Kartana has Night Slash in your battle it’s something you’ll have to account for.