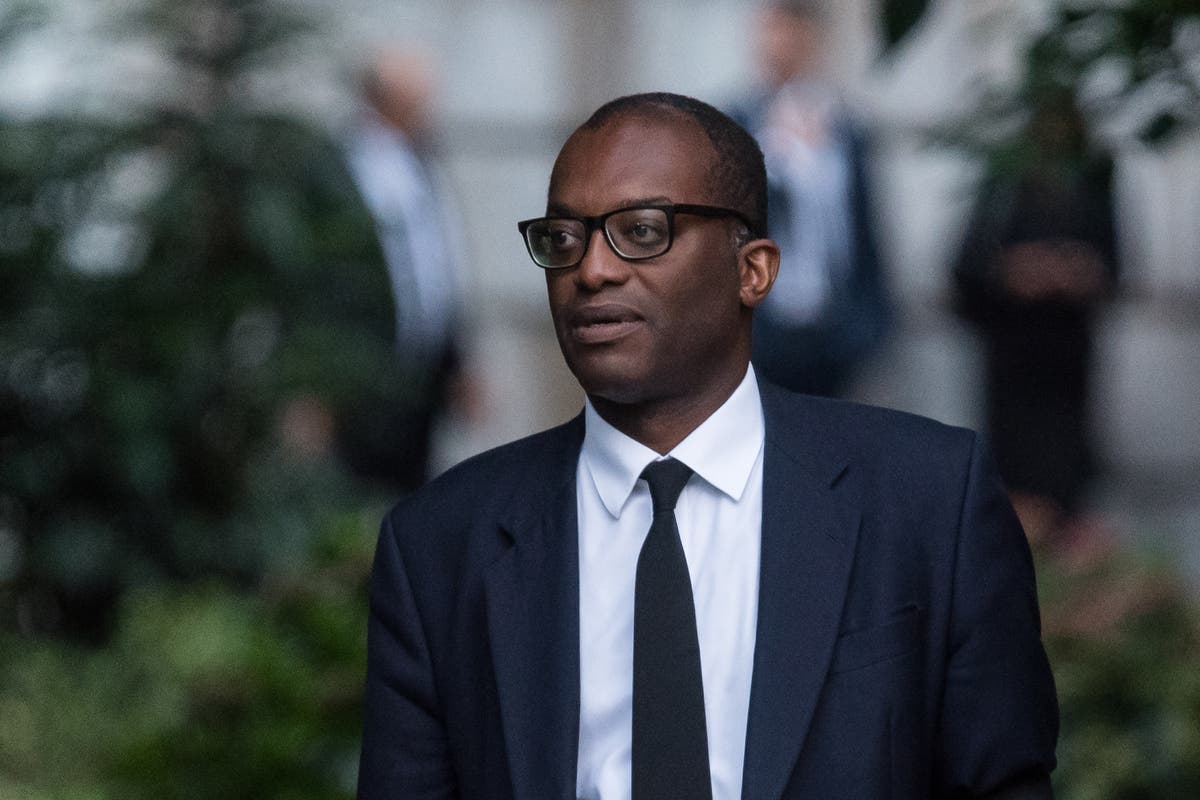 An “obscene” plan to axe the cap on bankers’ bonuses while households face a cost of living crisis has engulfed the new government in controversy, ahead of a mini-budget next week.

The new chancellor, Kwasi Kwarteng, was condemned for seeking to let pay rip for top earners in the City of London, while public sector workers are told to show restraint to keep inflation in check.

The proposal to remove the 2014 cap, in a bid to boost sluggish growth, is also a “huge risk” by threatening to repeat the blunders that led to the devastating 2008 financial crash, he was warned.

It would also make a mockery of promises to “level up” the country” because it would give “a further rocket boost” to London, the financial services centre, critics argued.

But there was no sign that Mr Kwarteng will back down – as Boris Johnson did after a similar backlash earlier this year – and he appeared to receive the tacit backing of the Bank of England.

Union leaders led the criticism, the Trades Unions Congress pointing to real-terms pay cuts being imposed on public sector workers while “millions are struggling to keep their heads above water”.

Gary Smith, general secretary of the GMB union, accused ministers of “rank hypocrisy”, when they have claimed that higher wages for others would destabilise the economy.

The Labour MP Margaret Hodge, who campaigns against ‘dirty money’ in the City, said bonuses for mergers and acquisition bankers were already at record levels of £2.6bn – even with the cap in place.

“Thinking about bankers at this stage is obscene. Whose side is everybody on, really? she asked, adding: “We’re beginning to see the signs of what the new economics of Liz Truss is all about.”

Luke Hildyard, executive director of the High Pay Centre thinktank, said: “Removing the cap would be a pro-rich ideological measure that sends a depressing message about who policymakers listen to and think about when making economic policy.”

Mick McAteer, a former Financial Conduct Authority board member, attacked a “bad idea” that would encourage the aggressive risk taking before the 2008 crash.

It would create incentives for “misselling of toxic socially useless financial products”, he warned, saying: “I’m not sure it’s appreciated just how dangerous fierce competition can be.”

Mr McAteer added: “What does scrapping bonus cap mean for levelling up? Why give London a further rocket boost?”

Vince Cable, the former Liberal Democrat business secretary, called it a “disastrous step revisiting mistakes before the financial crisis”, saying of the Tories: “They never learn from history.”

The cap, introduced by the EU in the teeth of UK opposition, requires bonuses to be limited to no more than 100 per cent of fixed pay, or double that with shareholder approval.

Downing Street refused to comment on what is planned, during the mourning period for the Queen, and the Treasury signalled that no decisions have been taken.

But Mr Kwarteng is anxious to boost London’s competitiveness against New York, Frankfurt, Hong Kong and Paris, according to people briefed on the discussions.

The cap has annoyed US investment banks that employ tens of thousands of staff in London, because Wall Street typically offers lower fixed salaries with big performance-related bonuses.

The chancellor will deliver a mini-budget on Friday next week, having vowed to “do things differently under fresh leadership” and return annual economic growth to 2.5 per cent.

But it is possible that Mr Kwarteng will leave changes to the City of London to a later date – with next week’s “fiscal event” already set to include £30bn of tax cuts for the wealthy.

He received backing from Philip Augar, a former leading banker, who – while agreeing that the image of axing the cap was “absolutely terrible” – agreed it was flawed and that removing it could boost the City.

“It’s made things worse because banks have simply got round the cap by increasing salaries, and that means they’re locked into a very high total compensation package,” he told BBC Radio 4.

“It’s a globally competitive industry. Pay rates are set, not in London or in Europe, but in New York, and I can understand the idea that you might want to make London more competitive by freeing up the cap.”

The Bank of England, meanwhile, made known that it “did not support the bonus cap when it was introduced”.