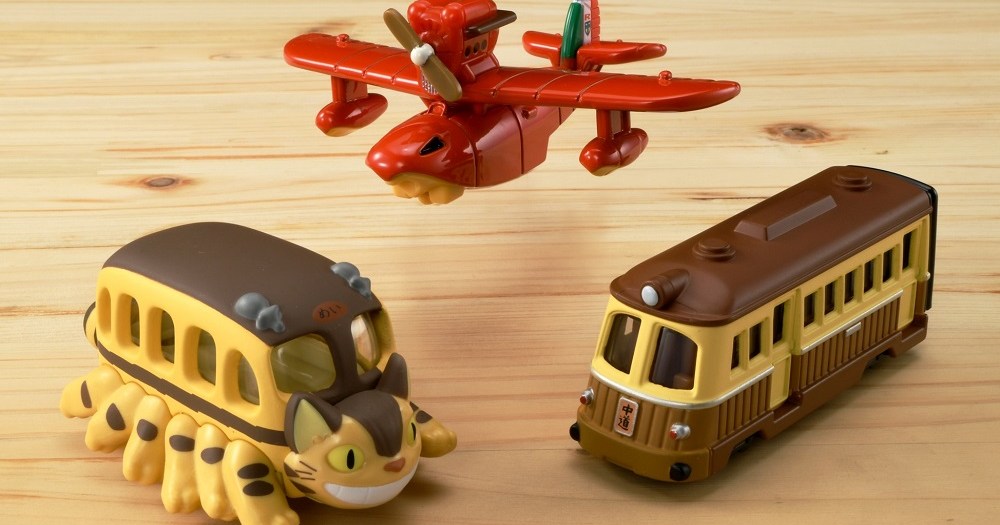 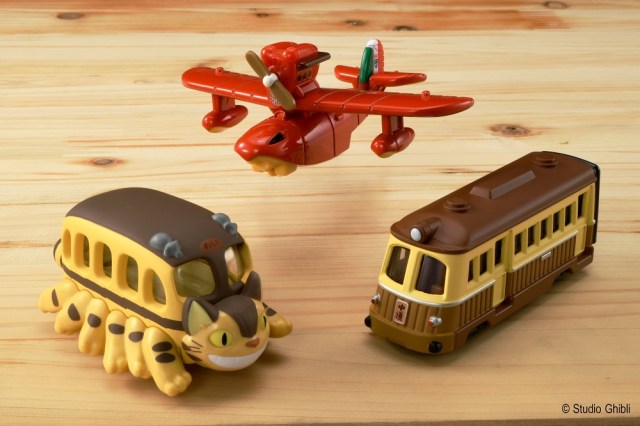 Toymaker Takara Tomy’s Tomica line is essentially Japan’s equivalent to Mattel’s Hot Wheels: small, detailed die-cast cars that have been loved for generations. Of course, with Takara Tomy being a Japanese company, Tomica tends to focus on Japanese cars, and it’s hard to imagine a car more Japanese than a Studio Ghibli car.

“Imagine” really is the operative word here. Tomica’s three new Ghibli designs are part of its Dream Tomica line, which isn’t bound by the lineups of real-world carmakers. Thanks to that creative freedom, the first car in the collection is none other than My Neighbor Totoro’s Catbus.

Cool details include the “Mei” (めい) destination marker at the front of the bus and the use of a non-glossy matte paint to give the Catbus a softer look. The underside of the chassis curves outward too, since it’s also the Catbus’ tummy.

The next one isn’t technically a car, but very few people will mind, considering the beautiful Ghibli scene it comes from.

Spirited Away’s Sea Railway (called the Kaibara Dentetsu in Japanese, since it’s a densha, unlike some other trains) is the train that Chihiro and her companions take on their trip to Swamp Bottom to meet with the witch Zeniba.

In addition to being able to link two carriages to match the layout of the train as it appears in the anime, Tomica promises that Chiiro and No-Face can be seen inside in illustrated form.

And last, we have the Savoia S.21, airplane of titular porcine pilot protagonist Porco Rosso.

Porco’s plane is classified as a “flying boat,” suitable for sky and sea travel, so it’s kind of ironic to see it rendered as terrestrial transportation, but it’s still a cool-looking faithful reproduction of the aircraft’s aesthetics.

▼ And yes, the propeller can be spun.

The Catbus and Savoia are approximately 7.8 centimeters (3.1 inches) in length, while the Sea Railway carriage is a little longer at roughly 8.5 centimeters. They’re all identically priced at 1,320 yen (US$9.40) and go on sale November 19 at Ghibli specialty store Donguri Kyowakoku and other Tomica retailers in Japan, with preorders opening on October 15.