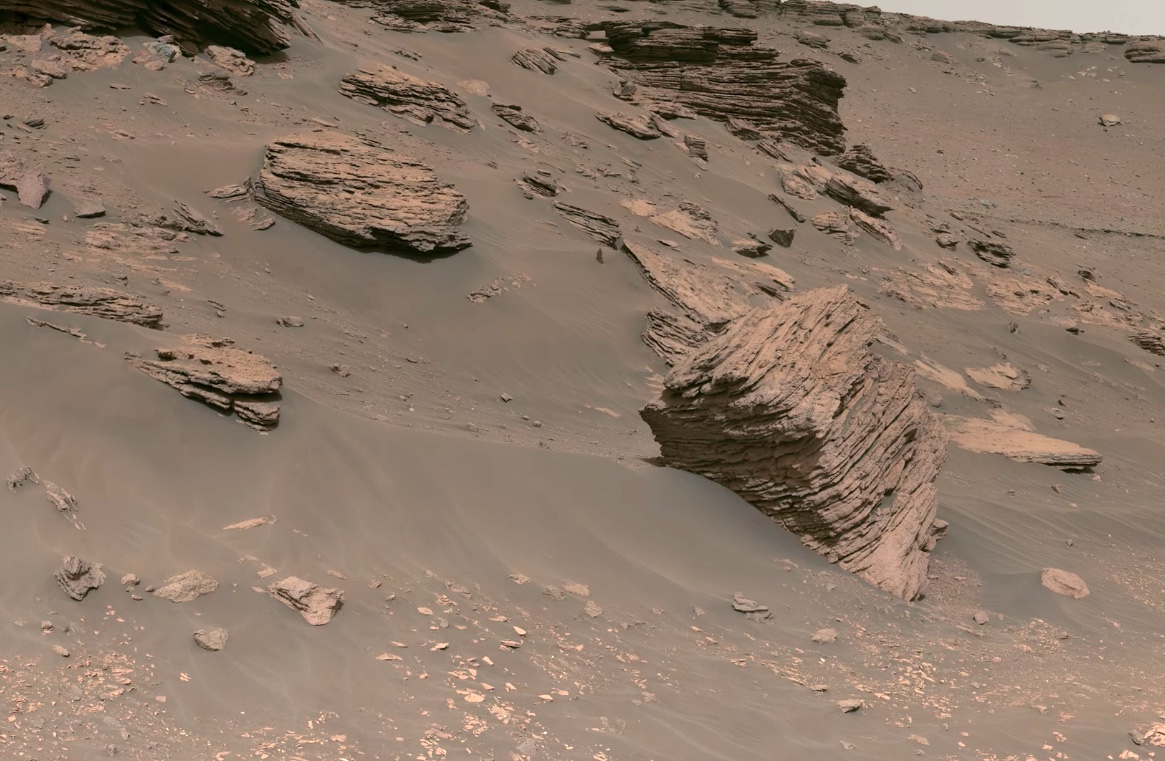 NASA has released a video of Mars showing the landscape in astonishing detail.

The footage (below) explores a 2.5-billion-pixel mosaic captured by Perseverance, the NASA rover that landed on the red planet in spectacular fashion in February 2021. It’s the most detailed view ever created of the distant planet, and comprises 1,118 individual images captured by Perseverance’s two Mastcam-Z cameras. It should be noted that the color has been enhanced to improve the visual contrast and bring out any color differences. NASA said that doing this makes it easier for its science team to accurately interpret the landscape.

The image shows the scene from the edge of a river delta inside Jezero Crater, which 3.5 billion years ago was filled with water but today lies empty.

In the video, Perseverance science operations team member Rachel Kronyak offers commentary on the gorgeous and incredibly detailed panorama, drawing viewers’ attention to various points of interest that have emerged from the rover’s explorations so far.

They include the distinctive layered rock formations at the top of the 32-foot-high delta cliffs. We can also see how some of these rocks have broken away and tumbled to the bottom.

Look out for the remarkable “balanced rock,” too, which rests precariously atop a larger rock part way up the cliff, as well as the rover’s own tire tracks that run across the planet’s dusty surface.

Kronyak explains how Perseverance has been drilling and safely storing rock samples as part of efforts to determine if Mars ever hosted any form of life — a key part of the rover’s mission.

The gathered material will be picked up and returned to Earth by another mission so that scientists can study it using advanced analytical tools, giving us a much clearer idea of whether life existed there. Such a breakthrough could help us learn more about how life developed here on Earth.

Perseverance is being assisted during its mission by a small drone-like machine called Ingenuity. In April last year the machine made history when it became the first aircraft to achieve controlled, powered flight on another planet, and since then has taken more than 30 flights of varying complexity. Aerial images from Ingenuity’s onboard camera has been helping the Perseverance team to plan more efficient routes for its ground-based rover.

The aircraft has proved such a success that engineers are planning to build more advanced versions for future interplanetary missions.