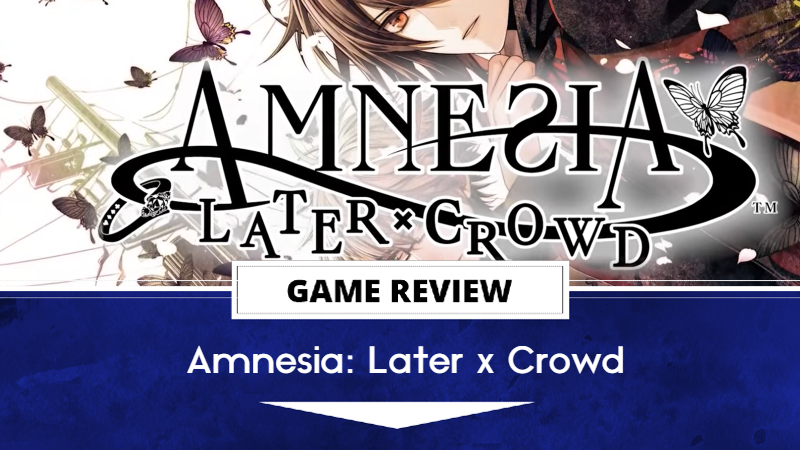 I am not going to lie, Amnesia: Later x Crowd is definitely a sequel and will not be something you want to pick up without first playing and beating Amnesia: Memories. The characters get a small introduction but you miss a lot of the jokes and nuance without the understanding of the first game in the series provides. Be sure to pick that game up before you even think of picking this one up. I am going to have to divvy this review though in two parts though. Amnesia: Later and Amnesia: Crowd. 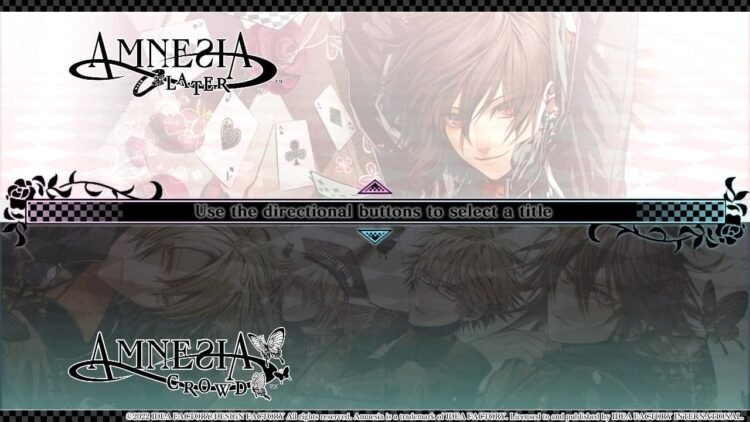 Amnesia: Later serves as an effective epilogue that goes through a small introduction to the cast from a fireflies event that helps you see just the beginning of the characterization of the characters. You then have the option to choose to go to the event and spend time with any of the male love interests, the girls, or Waka the manager of the cafe you work at. Whoever you choose decides what After story event you unlock. This After Story event takes place shortly after the end of the Amnesia: Memories story. If you choose Waka, you get an unlock of Waka’s World, a mode that separates Waka into four personalities that you get to choose to get to know. This is honestly where my favorite part of the game shines for me, letting me see more of characters who did not get a big spotlight in the first game. Sadly it still doesn’t have a lot of content for the four Waka’s.

If you choose to spend the firefly event with the girls, you unlock the game mode Girls’ Party. You get to essentially gossip with the girls about the main love interests that then unlocks their profile for you to view. Each girl gives you gossip for different guys in the game. Be sure to redo the prologue event plenty of times to unlock every mode in order to finish them and unlock the final route which is another moment where this game shines. I don’t want to spoil it but if you are invested in the world of Amnesia, then you will want to finish everything. 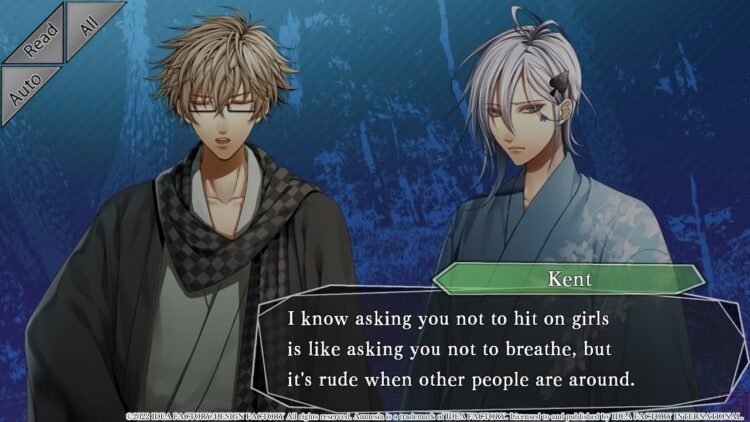 This is the game I spent the most time on once I tried it. You get access to a bunch of modes. Suspense mode where you choose one of your love interests to take the wheel on a horror esque adventure to make sure your character survives. You also have working mode, which houses a bunch of mini games that involve the cast of characters to become chibi and you can wash dishes, or make parfaits. Love mode is a game mode that allows you to travel even further down the road of being with each character and seeing where they end up together much later on in their life. You have Orion mode that involves having fun with Orion and using points from the other game modes in order to unlock other mini events. The last game mode is trump mode which is playing either Blackjack or Poker with any of the love interests in the game.

One thing I did love in both of these games is how the dialogue boxes look. I felt that the boxes were too small in Memories but they seem a lot bigger on this one with showing more space and more text. There is also touch screen capability to be able to have less buttons needed for progressing dialogue. If I wanted to skip in Amnesia: Memories it required me to have to go back to the buttons on my joycons. I know it sounds like not such a big thing, but when I can just touch the screen on the dialogue it made it much easier to pay attention to what was going on rather than having to go back to the real world. Also there are a lot less re used art assets this time around. I really appreciated having unique art even if it was similar poses with different backgrounds they were a good welcome. 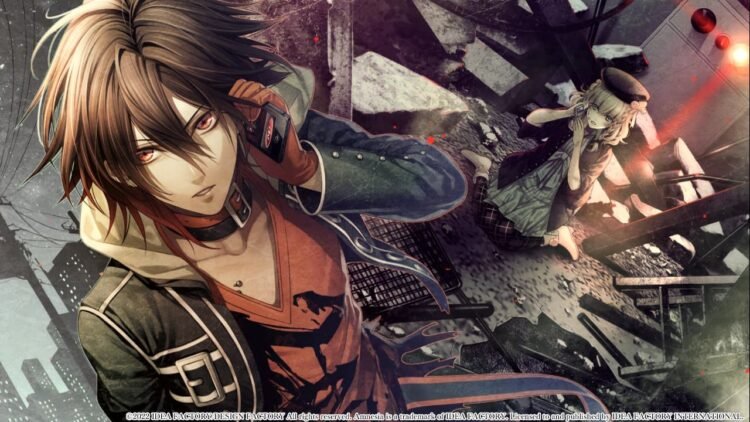 Even though I had fun with this game and the modes it had access to, I will say it is definitely not needed. I can understand why Idea Factory has not put this game in English before since it is essentially an add on to an already established game. There are great things added to it, don’t get me wrong, but this isn’t worth the time and energy to play unless you are engrossed into the world of Amnesia and the characters that reside in it. Suspense mode was my favorite mode since it added point and click mechanics to figure out room locations and detective work. Don’t get this game expecting a full on sequel game to Amnesia: Memories. It is a sequel and it has a lot of added story and background but it isn’t a good stand alone game. Though the mini events are well worth the price of the Orion points. I spent a lot of time on the Blackjack mode to get Orion points and then spent them all on mini events to watch!

Review Disclosure Statement: Amnesia: Later x Crowd was provided to us by Idea Factory International for review purposes. For more information on how we review video games and other media/technology, please go review our Review Guideline/Scoring Policy for more info.

Affiliate Link Disclosure: One or more of the links above contain affiliate links, which means at no additional cost to you, we may receive a commission should you click through and purchase the item.

Amnesia: Later x Crowd is a fun expansion into the world of Amnesia. It requires knowledge of Amnesia: Memories and takes place as sequels. The sad part is it doesn’t have a lot of content combining the two games together.