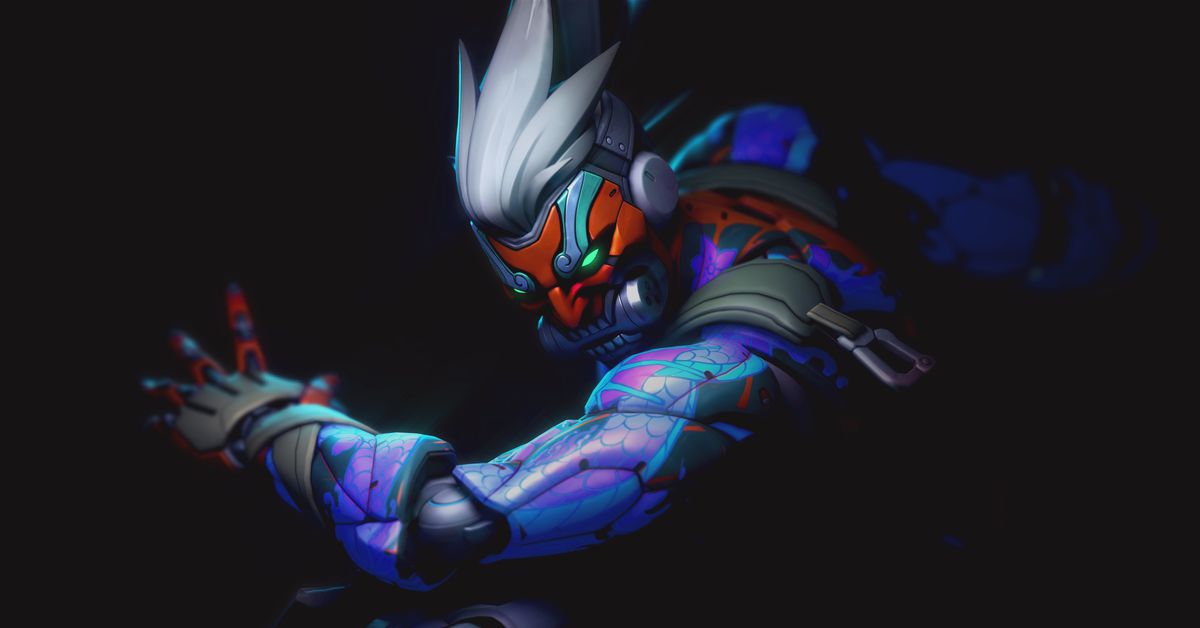 When Overwatch 2 launches in October, the game will be free-to-play. Blizzard Entertainment plans to support the hero shooter’s continued development with multiple types of in-game purchases, including a paid, premium-tier battle pass and the ability to purchase an in-game currency that players can spend on items like character skins and new heroes. It’s a shift away from the random-chance loot boxes of the original Overwatch, and a substantial change to how new heroes will be rolled out in Overwatch 2.

On Thursday, Blizzard provided a closer look at how Overwatch 2’s battle pass system will work, what it will offer players, and why the company believes it delivers “a tremendous amount of value” for those who pay into the system.

Overwatch 2 will feature a seasonal model, with each season lasting about nine weeks. There will be a different theme for each season — season 1’s is “cyberpunk” — and a series of unlockable cosmetics matching that theme that players can earn through the battle pass. The battle pass will offer two tracks: a paid premium track with dozens of digital goodies, and a free track with fewer ones. The premium battle pass will cost $10 (or 1,000 Overwatch Coins, a currency that can be earned by playing the game or purchased directly with real money) per season, and will include 80-plus tiers of unlockables.

Players who purchase the premium battle pass in season 1 will earn Overwatch 2’s new hero Kiriko immediately. People who opt to play for free will unlock Kiriko at level 55 of the battle pass. Future seasons and battle passes with new heroes will also unlock at level 55, Blizzard says. (Players who own the original Overwatch will have instant access to new heroes Sojourn, Junker Queen, and Kiriko through Blizzard’s free Founder’s Pack.)

The free track of the battle pass includes the following unlockable free rewards in Overwatch 2 season 1:

The short answer? By playing the game. As in the original Overwatch, players will earn XP as they play and complete games of Overwatch 2, thus leveling up tiers of the battle pass.

The longer answer is a bit more complicated. Overwatch 2 will offer daily and weekly challenges that players can complete to earn XP toward the battle pass and earn Overwatch Coins that can be spent in an in-game shop. There will be six daily challenges to choose from; each is worth 3,000 XP, with a maximum of 9,000 XP available to earn — i.e., doing three of the six challenges — per day. (Completing the remaining three will not go toward progressing your battle pass, which appears to require 10,000 XP per tier.)

Daily challenges include basic feats like winning a game, completing three games in any unranked mode, mitigating 2,000 damage without dying, or finishing three games after queueing up for role flex matchmaking. These are all straightforward objectives one could complete passively simply by playing a few rounds of Overwatch 2.

Beyond that, Blizzard is also planning seasonal, competitive, and lifetime challenges for Overwatch 2, but what those will pay out is not yet clear.

Jon Spector, commercial leader and vice president for Overwatch, said that the goal for challenges and XP progression is “to give players a bunch of options for how they play the game.”

“Sometimes you see challenge systems that the Overwatch equivalent of them would be, like, hit 10 scoped headshots as Widowmaker on Dorado,” Spector said during a Zoom call with media on Tuesday. “We don’t want to do that. We don’t think that that’s conducive to the right kind of gameplay. We don’t want players on your team doing anything other than trying their best to win in pursuit of their challenges. It’s not helpful, and we think it’s not a great player experience, if you go in and you say, ‘The reason why I’ve swapped to Widowmaker right now, even though I’ve never played Widow, is because I want to progress my battle pass.’ [What’s] really underpinning this system is giving, on a daily and a weekly basis, opportunities for players, just by playing the game, to progress their battle pass more quickly, to earn coins that they can bank up and save for rewards that they want, and to feel generally rewarded for doing that.”

Are there XP boosts in Overwatch 2?

Yes, a few of them. In addition to an always-on, seasonlong experience boost available as part of the premium battle pass, Blizzard will also give players an XP boost for grouping up and playing with friends. “We like encouraging people to play Overwatch with friends — we think that the experience is better when you can do that,” Spector said. He said that Blizzard is also considering event-based or limited-time boosts, like double XP weekends, but did not announce concrete plans.

As for paid XP boosts, Blizzard did not announce anything, but hinted that Overwatch 2 players in non-Western markets may get “market-specific stuff, potentially.”

Is Overwatch 2’s premium battle pass worth it?

Blizzard certainly seems to think so, and hopes you will too.

“Our design goal and philosophy for the battle pass was overwhelming, obvious value for players,” Spector said, “where if you go through and you look at all the stuff that you can earn — both for free and on the premium track of the battle pass — that there’s no reaction other than, Oh my god, that stuff’s all amazing, and there’s so much of it and I can’t believe this is all just 10 bucks.”

Spector added, “We want the premium battle pass to be the highest value and the most obvious choice for players that are interested in the immediate unlock [of heroes].”

But seasonal battle passes won’t encompass all of the cosmetic rewards that Blizzard will make for Overwatch 2. Some will need to be purchased from the in-game shop, using Overwatch Coins.

“The season 1 battle pass has nine skins on it,” Spector explained. “It’s actually just a subset — remarkably, a small subset — of all of the cosmetics that we’re delivering in season 1. The same thing will hold in season 2 and season 3, where what’s on the battle pass is a subset of the skins that we release. A majority of new skins will release through our new shop, and there will be offers for players to just directly purchase stuff that they’re interested in with their Overwatch Coins.”

He added, “We’ll have a second piece of the shop — we’re calling it our ‘Just for You’ section — where we’re basically going to be surfacing more personalized offers for players. If you’re playing a ton of Reinhardt and nothing else, odds are that your section will show you more Reinhardt stuff than other people [see] in that Just for You section. That’s also a place where in the future, you know some of these things that you might have missed out on when they debuted, you might have the ability to see some of that in the Just for You section as well.”

Players will get to test out Blizzard’s battle pass when Overwatch 2 launches Oct. 4 on Nintendo Switch, PlayStation 4, PlayStation 5, Windows PC, Xbox One, and Xbox Series X.