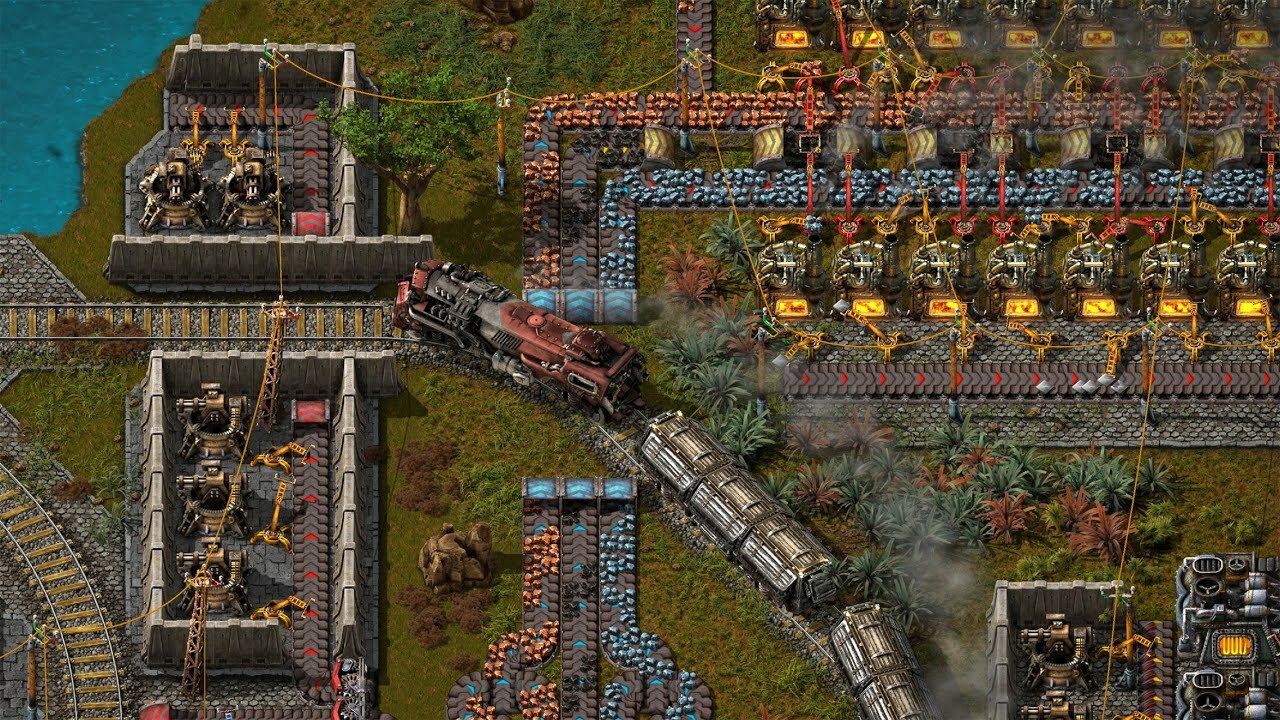 During Nintendo’s Direct Presentation yesterday, it was announced that the acclaimed PC management sim Factorio will be making its way to the Nintendo Switch on October 28th, 2023.

Originally launched in 2020, Factorio tasks players with building and managing a factory-style system, utilising resource gathering and automated construction to construct the most efficient factory possible. All the while, you’ll need yo defend your creation’s against the planet’s indigenous fauna, which become more hostile as a result or your factory’s polltant emissions, meaning you’ll need to find a delicate balance between expansion and defensive capabilities.

Details of the Switch port have been detailed in a dev blog post, confirming that the game will run between 30-60fps both in TV and handheld mode. In discussing the move to conventional controls over mouse and keyboard, the blog post states the following:

“Factorio was developed for 10 years with only keyboard and mouse in mind, so making sure the game is fully playable with controllers was no easy task. Playing with a controller is slightly slower, and will take some getting used to (just as it does when playing with keyboard and mouse for the first time). After becoming familiar with it, I find it very comfortable. I recommend everyone to play through the first levels of our tutorial campaign, as it’s a great way to get acquainted with playing Factorio with a controller.”

Are you looking forward to playing Factorio on Switch? Did you play it on PC? Share your thoughts in the comments below!