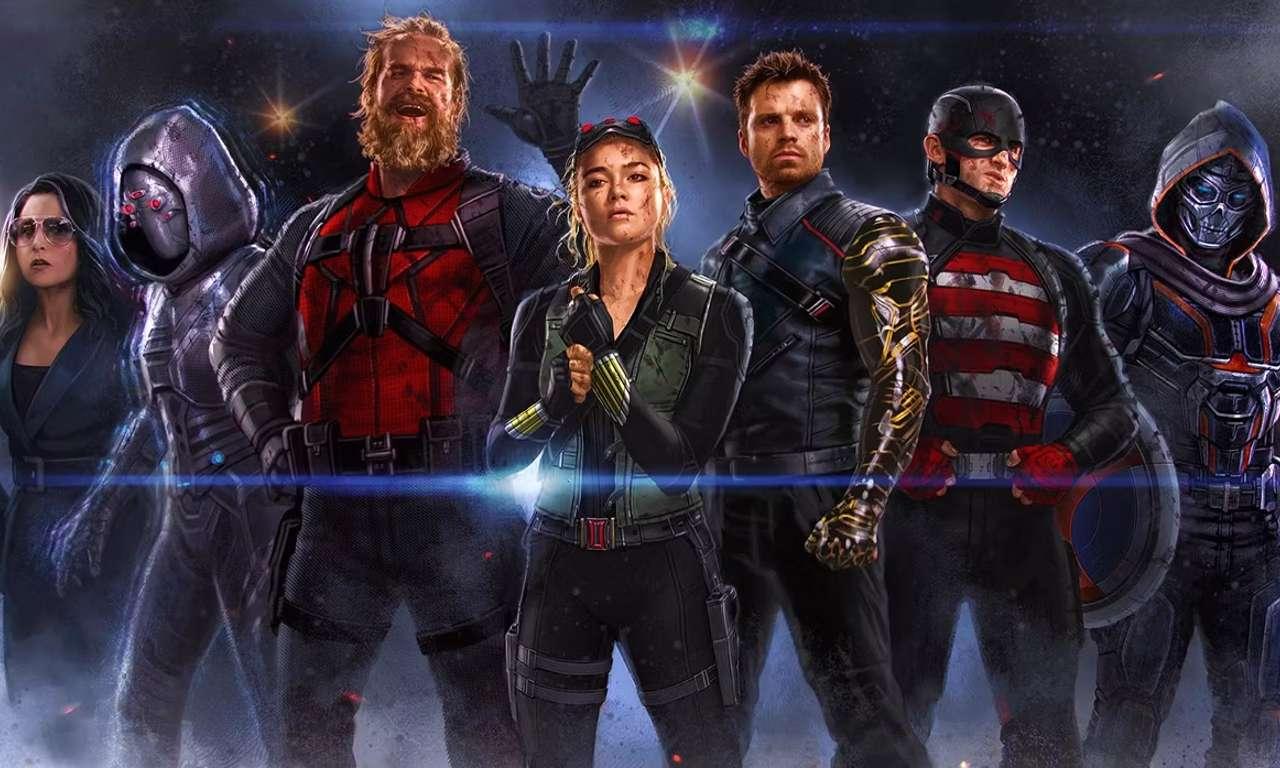 There were a lot of reveals, and a lot of trailers (and footage that didn’t get released to the public).

Are you ready for an onslaught of announcements? Here’s all of the big ones from the D23 expo, which is basically a way for Disney to reveal more details about their upcoming movie, TV, amusement park and video game releases to their loyal fans.

Want to be transported to a world full of mermaids, singing and witches? Step this way.

But before all of the trailers – there were some other big reveals at D23 on Friday from Walt Disney Studios. The spotlight was put on ‘Peter Pan & Wendy’, a new live-action film starring Jude Law as Captain Hook.

There’s going to be a new ‘Haunted Mansion’ movie, with scream queen herself, Jamie Lee Curtis, playing Madame Leota. There’s expected to be an all-star cast including Winona Ryder, Jared Leto, Danny DeVito and more on board next year’s spooky release.

While lucky attendees at D23 got to see some exclusive footage from Disney’s next big live-action release, ‘Snow White’. Rachel Zegler (Snow White) and Gal Gadot (Evil Queen) were on stage to show the clip.

The big Walt Disney talking point over the weekend was the release of the very first teaser trailer for the live-action version of ‘The Little Mermaid’. Giving us our first proper look at Halle Bailey’s Ariel, fans were having a shell of a time reacting to this strong first-look.

Disney also dropped the first trailer for ‘Disenchanted’, where Amy Adams’ Giselle, missing the ease of living in Andalasia, makes a wish that turns her new suburban life into a fairytale, complete with bad witch energy from Maya Rudolph. The movie begins streaming on Disney+ on November 24.

And finally, ahead of its release on Disney+ September 30, we got another look at the upcoming Halloween sequel with Bette Midler, Sarah Jessica Parker and Kathy Najimy – ‘Hocus Pocus 2’.

Animated fans had a lot to cheer about over the weekend, as ‘Inside Out 2’ was confirmed with star Amy Poehler taking to the stage to chat the sequel. The follow-up to the cute 2015 film will follow Riley during her teenage years – when lots more emotions will come out to wreak havoc.

‘Elemental’ is the new Disney and Pixar release in cinemas, arriving next summer.

While ‘Elio’ will be an animated space adventure from Disney and Pixar.

And the newest Disney Princess will be Asha, who will be joined by her pet goat Valentino, in an animated musical ‘Wish’ featuring the voices of Ariana DeBose and Alan Tudyk.

There will also be two new Disney+ series – ‘Win or Lose’ from Pixar and ‘Iwájú’ from Disney Animation Studios.

Lucasfilm kicked off with some ‘Andor’ bits ahead of its release on Disney+ on September 21, but followed it up with a fresh ‘Willow’ trailer. The series begins streaming on November 30.

Another series, this time an animated one based in the Star Wars world, was officially revealed. ‘Tales of the Jedi’ comes from the same creators as ‘The Clone Wars’ and will be a six-part series that launches on Disney+ on October 26.

If this next trailer didn’t appear, we think the fans might have rioted. Yep, ‘The Mandalorian’ season three got its first trailer, sending fans into a frenzy at the event and online, teasing the next entry in the Pedro Pascal-led Star Wars series. The series is expected to release early next year.

‘Ahsoka’ also had some footage shown (but not to us, unfortunately), which will be a series that’s expected to lean into the Star Wars lore some more and will feature epic lightsaber battles.

Jude Law is making the transition over to Star Wars, and he’ll lead the cast in ‘Skeleton Crew’, a series set in the New Republic.

And finally, ‘Indiana Jones 5’ is on the horizon and Harrison Ford took to the stage with franchise newcomer Phoebe Waller-Bridge, revealing that yes, at the age of 80, this film will be his final outing as the fedora-wearing archeologist.

For Marvel fans, some fan speculation was confirmed, but on the whole, there weren’t as many reveals as hoped. After Marvel Studios boss Kevin Feige trolled the audience with some ‘Rogers: The Musical’ singing and dancing, he also revealed that there wouldn’t be any ‘Fantastic Four’ cast announcements being made, immediately turning our hopeful faces rather gloomy. Nor were there any ‘X-Men’ confirmations.

Anyway, after the audience watched an exclusive ‘Black Panther: Wakanda Forever’ footage heavily featuring Tenoch Huerta as Namor, some ‘Ironheart’ footage was shown, as was some ‘Ant-Man and the Wasp: Quantumania’ footage.

Then, a Disney+ Halloween special that has been spulated for release this October finally got full coverage on stage. ‘Werewolf by Night’, starring Gael García Bernal and Laura Donnelly, will debut on October 7, based on the comic book character who first appeared in the ’70s and looks like a campy and old Hollywood horror-inspired thrill ride.

Other announcements on stage included ‘Loki’ season two, ‘Armor Wars’, ‘Echo’, and ‘Daredevil: Born Again’. Charlie Cox’s Daredevil will next appear in an upcoming episode of ‘She-Hulk: Attorney at Law’.

‘Captain America: New World Order’ got its official artwork revealed, which will be the first solo film starring Anthony Mackie as Sam Wilson AKA the new Captain America. Then, there was BIG reveal of who will make up the cast of ‘Thunderbolts’, the newest Marvel team-up.

Filming is expected to get underway in 2023, and the rag tag line-up will feature Julia Louis-Dreyfus as Valentina Allegra de Fontaine, Hannah John-Kamen as Ava Starr AKA Ghost, David Harbour as Alexei Shostakov AKA Red Guardian,  Florence Pugh as Yelena Belova, Sebastian Stan as Bucky Barnes AKA Winter Soldier, Wyatt Russell as John Walker AKA U.S. Agent, and Olga Kurylenko as Antonia Dreykov AKA Taskmaster.

Finally, the cast of ‘The Marvels’ (Brie Larson, Teyonah Parris, Iman Vellani and Nia DaCosta were on stage to show off some footage from the upcoming film.

Legend has it, if you say “Tim Allen” three times, he’ll appear once again as Santa “does this look like a little weight to you?” Claus. The OG SC is back once again for a Disney+ exclusive, ‘The Santa Clauses’, which will begin streaming on the service from November 16.

The ‘Percy Jackson and the Olympians’ Disney+ series also got a first-look trailer.

Well, that’s all of. thebig announcements from D23 – which title are you most looking forward to?