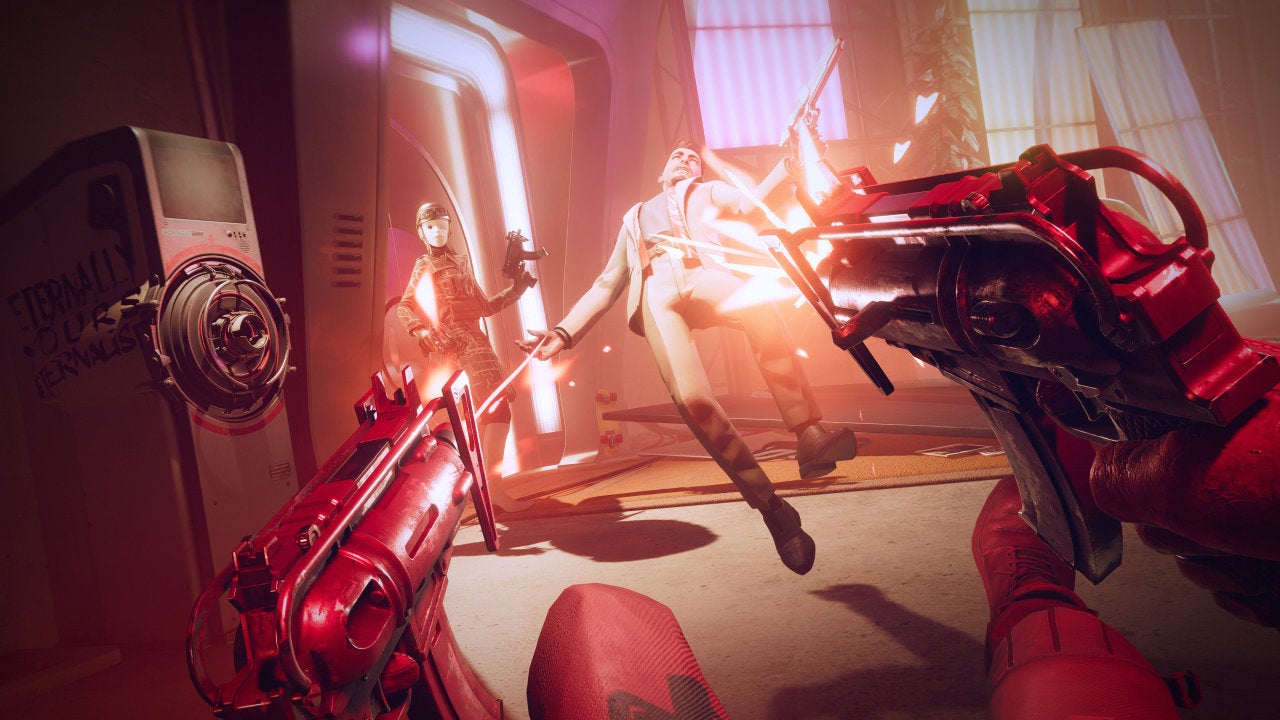 UPDATE: At the Xbox TGS 2022 livestream, it was also announced that Deathloop will recieve a major content update to coincide with its launch on Xbox.


The “Golden Loop” adds a new weapon, new enemies, new upgrades, cross-play matchmaking, and an extended ending to the game.


Deathloop is officially launching on Xbox and Game Pass next Tuesday.


The first-person single-player shooter, developed by Arkane Lyon, first released this time last year as a PlayStation 5 exclusive (as well as on PC).


The exclusivity raised eyebrows since the game’s publisher, Bethesda Softworks, was acquired by Microsoft earlier that year.


This official confirmation comes as an advertisement for the game appeared on the Xbox dashboard yesterday.


Edwin praised the timeloop shooter for perfecting the game mechanics of the Dishonored series, as well as the more contemporary setting.