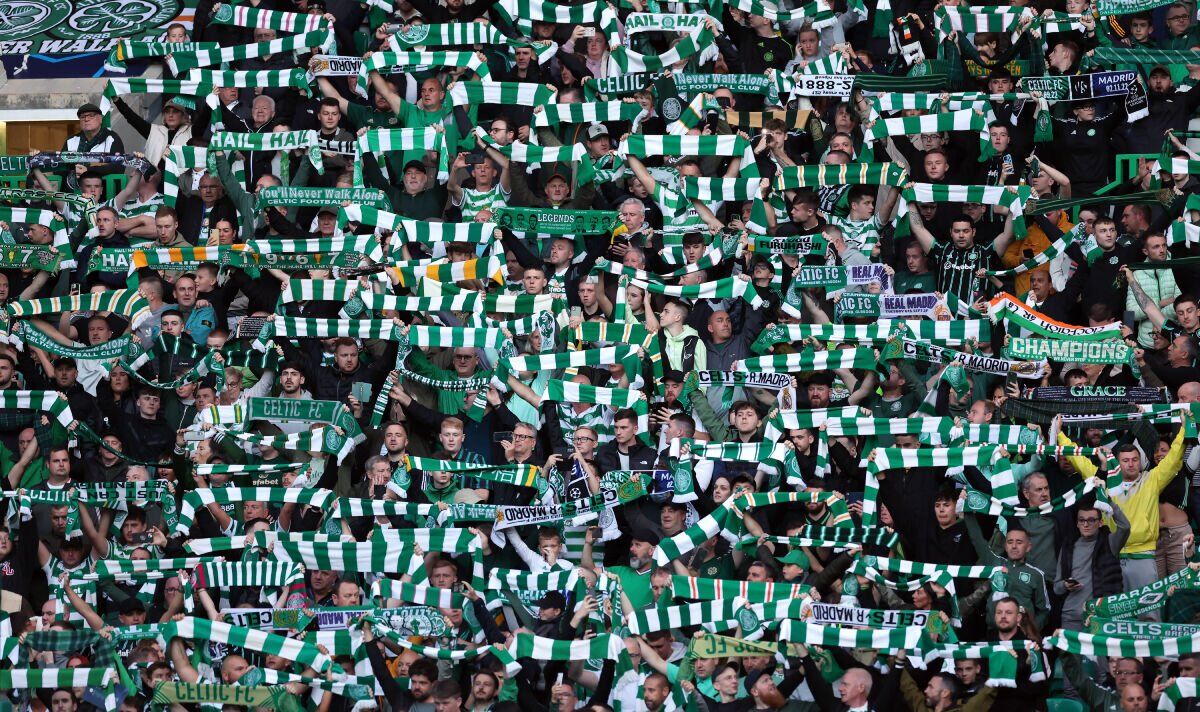 BT Sport were forced to apologise after honing in on an offensive banner concerning the Queen’s death unveiled by Celtic fans during their tie with Shakhtar Donetsk. Thousands of supporters trekked to Poland in support of the Hoops in their second Champions League group stage match of the season.

Celtic went into the match with Shakhtar attempting to make up ground after losing their European opener 3-0 to Real Madrid last week. Vinicius Jr, Luka Modric and Eden Hazard were on the scoresheet as Ange Postecoglou’s men were outclassed on home turf.

The Shakhtar clash kicked off early on Wednesday evening. English and Scottish teams playing home or away in Europe were permitted to hold a one-minute silence as a mark of respect for the Queen, who died last week.

Following a pre-match meeting between Celtic, Shakhtar and UEFA, however, it was decided that there would be no silence before kick off in Poland. At the start of the game, BT Sport were forced to apologise after zooming in on a banner unveiled by Celtic fans that read: “F*** THE CROWN.”

Commentator Rob MacLean followed up the clip with: “Apologies if anyone has taken offence to anything seen in the early minutes.” Shakhtar, based in Donetsk, eastern Ukraine, have been forced to play away from their home stadium since 2014 due to conflict in the region.

Legia Warsaw’s Stadion Wojska Polskiego hosted the Champions League fixture on Wednesday and Shakhtar were granted permission to display anti-war messages on the big screen before kick-off as their conflict with Russia rages on. Just minutes after the controversial banner was shown, Celtic took the lead through an Artem Bondarenko own goal.

Celtic’s bitter rivals, Rangers, pledged to sing the national anthem before their clash with Napoli later on Wednesday to pay tribute to the Queen, despite previously seeing their request to do so denied by UEFA. Other British clubs had requested that a rousing rendition of ‘God Save the King’ be permitted alongside the planned minute-long silence but Rangers subsequently announced their intention to do so, regardless of the ruling.

“Her Majesty Queen Elizabeth II will be honoured this evening at Ibrox with a minute’s silence, a display created by the Union Bears, and a rendition of the Nation Anthem,” read a statement released on the club’s official social media account. “If you are attending tonight’s match, we encourage all supporters to be in their seat for 19:50.”