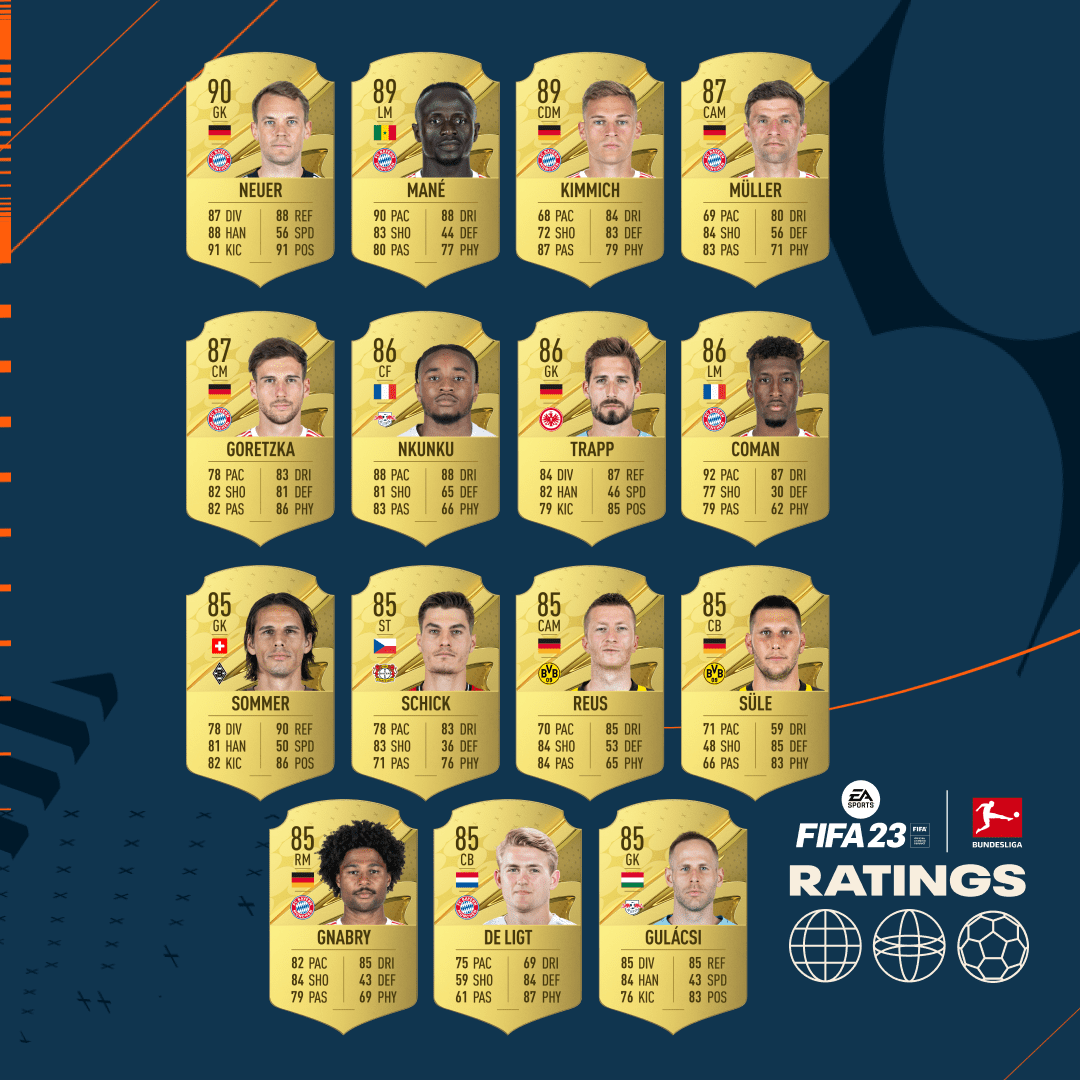 Who is the Bundesliga’s main man now Lewandowski has left? 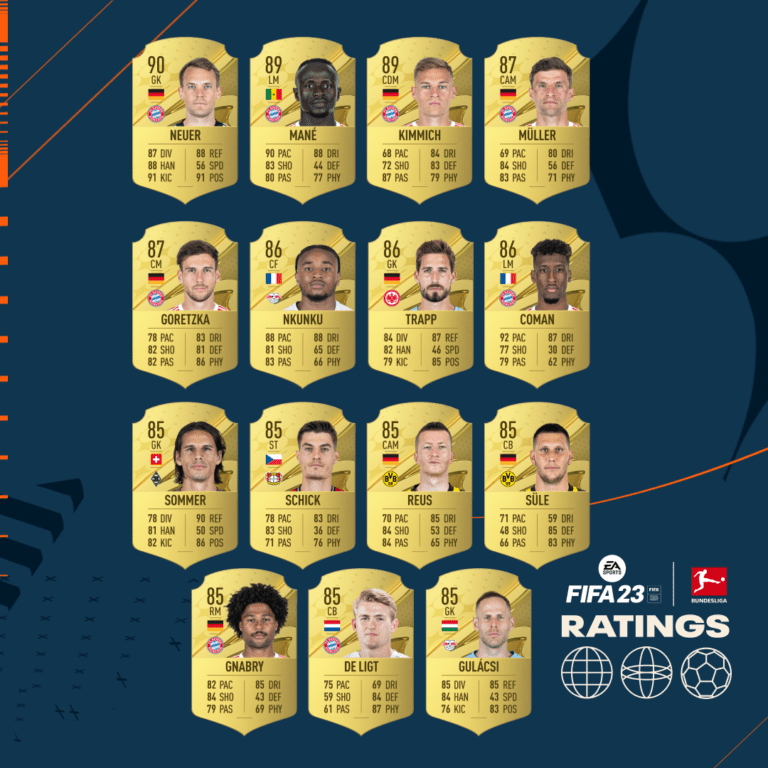 Ratings week is well and truly on its way and today we have been treated to the best Bundesliga players in the game.

As always, there are a few mainstays that we have grown used to in this division. Admittedly the majority of them belong to Bayern Munich. The German champions are the strongest team in the division, by a bit of a distance too, so it makes sense that FIFA 23 would recognise it.

However, now that Robert Lewandowski and Erling Haaland have left the league there is a bit of a void to fill at the top of the pile. Let’s take a look at who will be the highest rated player in the Bundesliga in FIFA 23 below.

Who is the Best Player in the Bundesliga?

Manuel Neuer has been named the best player in the Bundesliga after the departure of Lewandowski. If he had stayed it would have been him, but now the experienced Bayern Munich and Germany shot stopper takes the top spot.

Close behind him are his team mates, Sadio Mane and Joshua Kimmich. Any top Bundesliga side in Ultimate Team will want these players – especially Sadio Mane.

Mane is likely to receive a Ones to Watch too after he left Liverpool in the summer.

Expect Mane to be the most expensive card in this division, especially now that he can move to a central position with the new position modifiers in Ultimate Team.

The Best of the Rest?

After his unbelievable season last year Nkunku is a must have for any Bundesliga Ultimate Team side. The French Centre Forward is a near complete player, and will greatly improve any team you put him into.

The RB Leipzig player may not be on this division for much longer, so make the most of him whilst he belongs to a cheaper division, but also get used to seeing him and Timo Werner when FIFA 23 releases as they are going to make a deadly duo, despite Werner’s ratings reduction.

Niklas Sülze and Jude Bellingham are two of the best players who turn out for Borussia Dortmund and help round out what is a very complete league. If you’re stuck for what league to commit to when Ultimate Team comes out at the end of the month, the Bundesliga is a very cost effective option, that still offers some fantastic players.