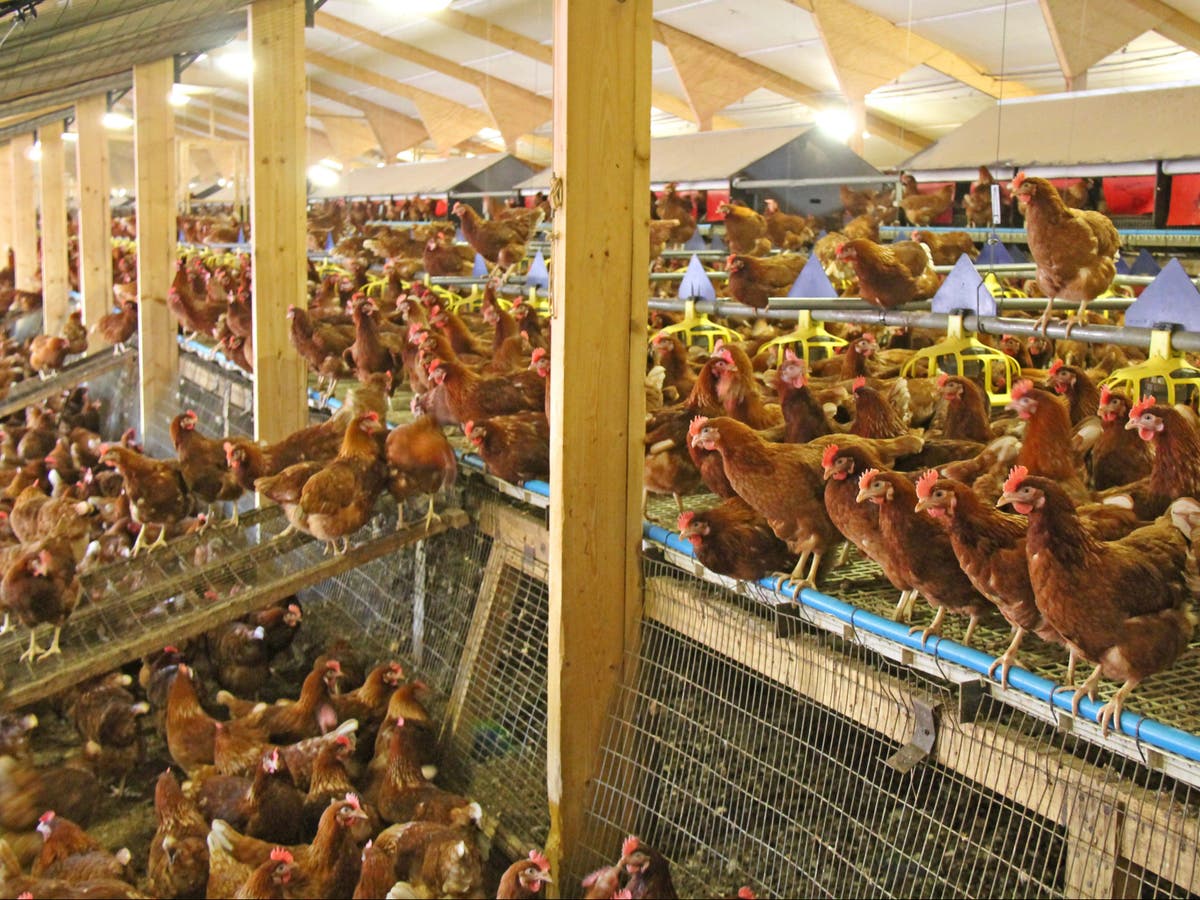 The UK is in the grip of its largest ever outbreak of avian influenza, with 2.8 million poultry and captive birds having been culled so far this year, the government has said.

While the devastating impact of the disease has been well documented among wild birds – especially in seabird populations around Scotland, Wales and northern England – the figures seen by The Independent reveal the enormous toll the outbreak is taking on livestock.

To date, there have been 144 outbreaks across the country on commercial premises, with 120 outbreaks in England, 11 cases in Scotland, seven cases in Wales, and six cases in Northern Ireland.

Despite the millions of birds culled due to infection, the government said the numbers represent a small proportion of overall poultry production, which stands at around 20 million birds slaughtered a week.

The disease, known as highly pathogenic avian influenza, originated in intensively farmed poultry in China, but through wild populations of migrating birds, as well as global trade, the disease has spread to Europe and North America, having a significant impact on farms and local populations of birds.

The government said the risk of incursion of highly pathogenic avian influenza in wild birds is currently assessed as “medium” – meaning an event which occurs regularly.

In total over 1,600 wild birds have tested positive, Defra said, but the real scale of the problem is far larger.

The RSPB’s Martin Fowlie told The Independent: “It has affected our seabirds on an unprecedented scale in what is undoubtedly the worst outbreak of the virus we’ve ever seen. We estimate the numbers affected are in the hundreds of thousands.”

Affected species include some of the UK’s globally important colonies of gannets, great skuas and terns, though a huge number of other species are known to be affected, including eagles and puffins.

Meanwhile, farmers are being heavily impacted.

James Mottershead, the National Farmers’ Union poultry board chair, told The Independent poultry farmers “do not want to experience another year like this one”, and urged those keeping birds to introduce strong biosecurity measures to protect livestock.

He said: “The poultry sector has experienced a very difficult year in regard to the threat of avian influenza.

“Maintaining good biosecurity measures is important for all bird keepers, whether you are a commercial farmer or someone who keeps a small number of hens in the garden.

He added: “We want to work with the government to minimise the impacts of any future outbreaks of avian influenza so that we do not experience another year like this one.”

Peter Stevenson, chief policy adviser at animal welfare campaign group Compassion in World Farming told The Independent the new figures are “shocking”, and could also undermine the move away from caged hens and towards free-range egg production.

He said: “This involves immense suffering for the birds, both during the disease, and when they are – what Defra calls ‘culled’ – slaughtered.

“This current outbreak is going on much longer than normal. The government and the industry love to scapegoat wild birds,” but he added that intensive farms had been the “root cause” with poorly maintained and cramped conditions in Chinese farms providing a breeding ground for the pathogen.

Under UK regulations, farmers are only able to label eggs as “free range” if the birds live outside for at least 40 weeks a year.

If they are ordered to bring their flocks in due to worsening bird flu outbreaks, “it’s going to undermine that sector and discourage farmers from converting to free range”, Mr Stevenson said.

“We’ve got a range of welfare problems, an immense amount of suffering, free-range farmers are vulnerable, and it’s a very troubling situation,” he said, adding that a key solution was for farmers to improve welfare and provide livestock with more space.

Wales’ deputy chief veterinary officer Dr Gavin Watkins said last week the figures for the country were “cause for concern”.

It is “evidence of the continuing risk that is out there”, he said.

The RSPB is calling for a dedicated task force to be set up by the government to build a national response plan.

“Effective monitoring, surveillance, research and reporting systems need to be developed to build real-time understanding of the virus and its progress in wild birds.”