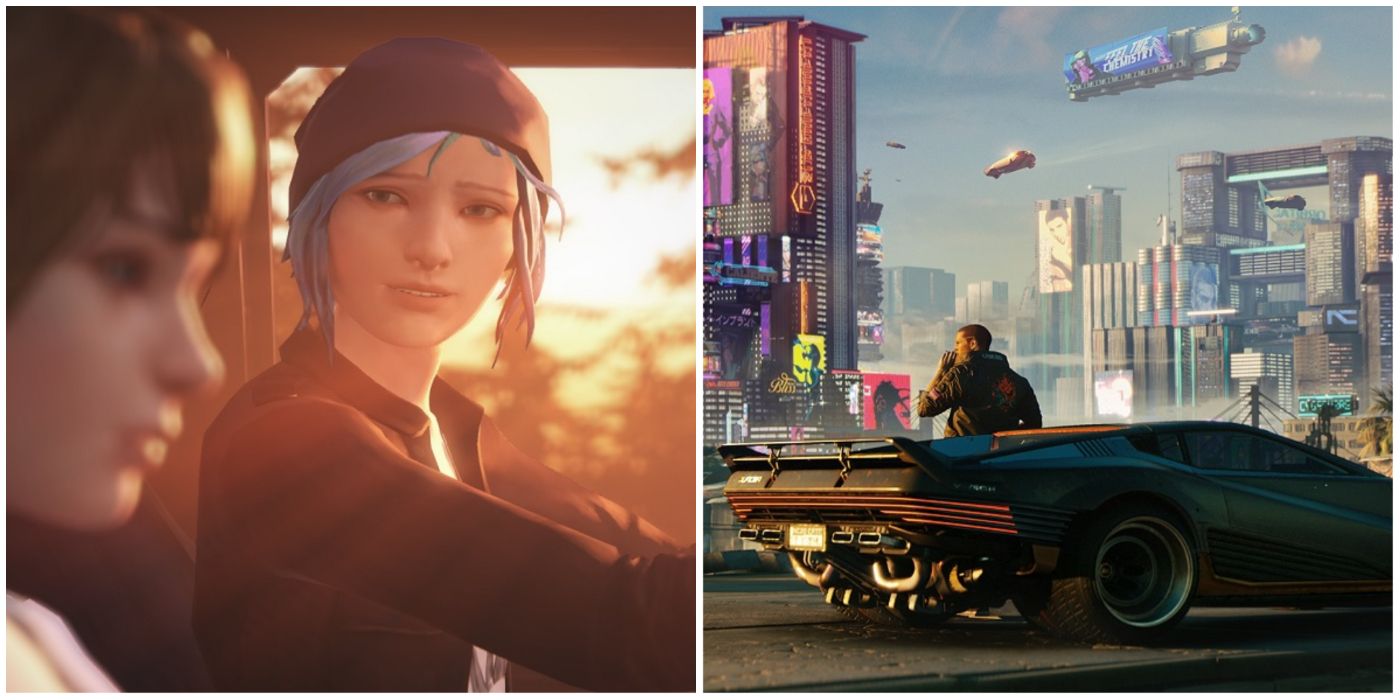 Over the years, video games have become an essential storytelling medium. When done right, they’re able to immerse and affect readers on a deeper level than alternative mediums like books and movies. The combination of setting, characters, music, and player interaction can come together to create truly unforgettable experiences. Titles like The Witcher 3 and Red Dead Redemption 2 are heralded as some of the greatest and most immersive gaming experiences of all time.

However, not every great title is subject to the same reaction from fans. There are plenty of well-told, gripping stories that, for one reason or another, don’t end up resonating with everyone who picks them up. This leads to a host of great titles being subject to more scorn than they deserve.

The Life Is Strange series, primarily developed by Dontnod, receives a lot of hate from players. Most of these complaints involve the game’s writing, which many players feel is too cringeworthy, and others note that the characters feel too archetypical, making them hard to getinvested in.

However, underneath the surface, the Life Is Strange series is a beautiful one that puts coming-of-age character relationships front and center. For those who find themselves resonating with Max, Chloe, and the other citizens of Arcadia Bay, Life Is Strange is a gripping and emotional journey.

Even generally highly-acclaimed titles can’t escape the ire of a particular portion of fans, and many more casual gamers can’t get into the Dark Souls series. The main reason for this is how people feel the games are simply too difficult, which is frustrating when games are meant to be a fun and relaxing hobby.

However, there’s nothing wrong with a series deciding to cater more to its hardcore audience – those who’ll spend hours being defeated by a single boss before tasting that sweet victory. And the most recent Soulslike, Elden Ring, provides newer players with a plethora of ways to ease themselves into the genre.

8 Fortnite Is Only Hated Because Of Its Young Fanbase

Some games end up getting a bad reputation – not for the content and quality of the game itself, but because of how its fanbase comes across to those who aren’t interested in the game. This is exactly the case with Fortnite, which became a worldwide phenomenon when seemingly every kid alive either played the game or watched streams for it.

Many people felt like they couldn’t even escape the mention of Fortnite, which ended up leaving a sour taste in their mouths regarding the game in general. As far as cartoony battle-royale games go, Fortnite is actually great fun in a group – especially with the addition of the No-Build mode.

When No Man’s Sky first launched, it’s no wonder the majority of gamers didn’t want to bother giving the title a chance. Hello Games promised much more than they could deliver, and many of the features mentioned were completely absent from the game at launch. It was also super buggy.

RELATED: 10 Open World Games That Are Hard To Go Back To After Breath Of The Wild

However, since then, Hello Games has done everything in its power to make things right, bringing No Man’s Sky closer to the grand adventure players were promised. Instead of simply giving up after being considered a failure at launch, the team stuck with it and made No Man’s Sky a fairly enjoyable experience.

It’s always a sad day when a game receives negative reviews from fans, especially when most of their disappointment is rooted in unrealistic expectations. That’s what happened with Watch Dogs. It was released too soon after fellow open-world game Grand Theft Auto V. As a result, a ton of comparisons were made, and many felt like the former didn’t measure up.

However, for players able to view Watch Dogs as its own experience without comparing it to a juggernaut like GTAV, there’s a lot here for them to enjoy. It’s a thrilling experience that combines tech, puzzle-solving, and stealth to create a unique open-world experience of its very own.

When Cyberpunk 2077 first came out, it’s safe to say gamers were less-than-impressed. Exciting and anticipated features were scrapped in the end, and the game didn’t run nearly as smoothly as it should have. Crashes and horribly low frame drops were reported, even on higher-end machines.

Since The Witcher 3 was developed by the same studio, gamers had incredibly high expectations for Cyberpunk 2077, but its launch fell short of just about all of them. However, like No Man’s Sky, the company has brought a ton of bug fixes and patches to the game to make it a more enjoyable experience.

4 Pokémon: Sword And Shield Is An Experimental Stepping Stone For Nintendo

Being the first mainline Pokémon entry on the Switch that wasn’t a remake, fans had high expectations for Pokémon: Sword And Shield. With gorgeous games like Breath Of The Wild making full use of the Switch’s capabilities, many were eager to see what Sword And Shield would bring to the table.

Players ended up feeling like more could be done to improve the quality of the games, but Sword And Shield are enjoyable in their own right if players view them as experimental stepping stones for games like Legends: Arceus and the soon-to-release Generation 9. The two pieces of DLC content that have dropped for the games – the Armored Isle and Crown Tundra – show what the games are really capable of, and they’re much better-received by fans.

Though the Shenmue titles have a cult following, there’s a vocal group of players who feel like the games are bogged down by their controls, slow pacing, and mediocre voice acting. Given how the first two titles came out in the late ’90s, this is understandable, but there’s still a lot to love about the series.

RELATED: The 10 Most Written-About Video Games On AO3

What makes the Shenmue series truly special is how it essentially pioneered several concepts that later became incredibly popular in the realm of gaming. These include vast, open-world environments with a ton of things to do, and the quick-time event system, which was popularized thanks to Shenmue.

Borderlands 2 is not only heralded as the greatest Borderlands title, but one of the greatest looter-shooter experiences of all time. However, the rest of the franchise isn’t as lucky when it comes to fan reception. The original Borderlands is too empty, Borderlands 3’s writing disappointed fans, and Tiny Tina’s Wonderlands fails to deliver with its DLC, which is typically the most enjoyable part.

Even so, the Borderlands series offers mindless, cooperative fun to those who want to get a small group together and blast through hoards of enemies for sweet loot. The gunplay feels like it gets better with each new title, and there are constant sales on the entire franchise, which makes it relatively accessible.

1 Telltale’s The Walking Dead Is A Gripping, Unforgettable Experience

The first season of The Walking Dead from Telltale saw unprecedented success. It’s highly regarded by gamers, despite its sometimes buggy controls. Sadly, the rest of the series didn’t live up to the standards set by the original season, at least in the eyes of fans.

Even so, players shouldn’t be so quick to discredit the rest of the series. Even Season Three, which is regarded as the worst due to its focus on a group separate from Clementine, has a lot to offer when it comes to emotional moments and character building. The Final Season manages to bring everything full circle and wrap up players’ seven-year journey with these characters in a compelling way.

NEXT: 10 Graphic Novels That Would Make Great Video Games