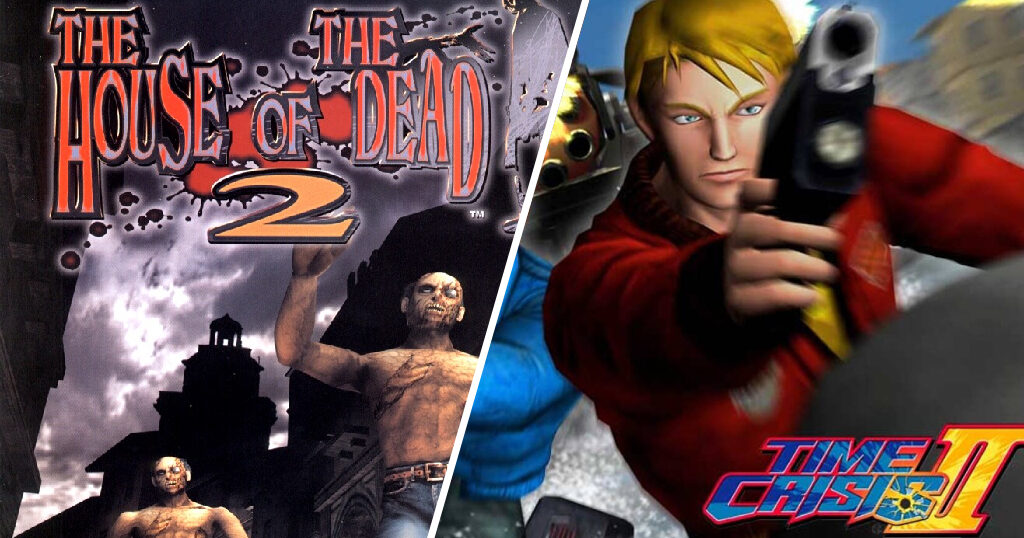 Here at EarlyGame we’re often caught up in all the news concerning upcoming releases, but in this article we want to recommend some of our favorite old arcade games that we think are still worth playing. Enjoy! | Sponsored

Sad as it may be, for most of us the days of arcade cabinets are far behind us. Many gamers today may have never even touched one in their lifetime! Regardless, many legendary arcade games have stood the test of time, as timeless classics of gaming. Heck, many of the best arcade titles are available to buy today, to play on PC. So let’s take a look back at 15 of the best arcade games still worth playing all these years on.

If there’s one arcade cabinet that has a player on it, it’s going to be Pac-Man. The game was a sensation when it first released, and it remains a sensation even today. Despite modern games having transcended into the third dimension and added complex things like storylines, emergent gameplay and online matchmaking, Pac-Man still probably beats most of them at being incredibly iconic, immediately playable and downright addictive.

Did you know that Pac-Man is even getting its own movie?

In the running for the most iconic video game title ever, Space Invaders is still widely known as one of the earliest breakthrough games. But less known is its competitor Galaxian, which many gamers vehemently defended as the quintessential game of shooting alien spaceships as they slowly inch towards you…

He may not have been known as Mario yet in 1981, but that doesn’t mean that Jumpman (yes, that’s what he was called) didn’t steal the hearts of gamers. Donkey Kong is so influential as its successors became the money-machine that propelled Nintendo
to the very forefront of gaming culture. And going all the way back to Donkey Kong reveals that the games haven’t changed all that much…

Speaking of Nintento, check out their latest showcase!

The follow-up to Donkey Kong became one of the most influential games—ever! Single-handedly defining what a platformer would look and feel like for decades to come, Super Mario Bros is still a household name (and it’s also getting a live-action movie). Not to mention that any gamer will be able to sing the World 1-1 theme to you, by heart.

While many know Pong as the first video game, it is not. Heck, it’s not even the first simulator of ping pong! But that doesn’t mean that Pong isn’t deserving of its huge reputation. The game was such a hit when it came out that it instantly cemented its place in gaming history. And it’s still pretty fun, even today.

With the death of the arcade comes the death of pointing small, sweat-laden plastic guns at a screen to shoot enemies in an arcade. Time Crisis II is likely the game that most players will remember doing this to. The title became an immediate hit due to this unique gameplay, especially due to the fact you could play co-op with a friend! It’s just awesome and even today’s biggest shooters owe a lot to Time Crisis.

If you were more into horror, you may remember pointing your lightgun at zombies in House of the Dead. But the House of the Dead series was way more than a compelling shooter—it had a complex and incredibly corny plot line to immerse yourself into… Just kidding, we all only care about the pew-pew.

Before Guitar Hero and Rock Band, there was Guitar Freaks. Released in 1998, the game set the precedent that the aforementioned games took and ran with. Eventually amalgamating in the creation of an ocean of plastic guitar slinging rockstar wannabies.

Still incredibly popular in arcades across the world, Dance Dance Revolution is a game that has to be played to truly understand. While it may look simple, with a mere four directional foot-pads for you to stamp away on, you quickly understand that it’s a serious task of co-ordination. And I’m talking about normal mode… Hats off to those insane arcade-folk who master the highest difficulties.

Fighting games were a staple of the arcade thanks to their high-octane, high skill-ceiling gameplay. Pair this with the fact that most cabinets allowed for intense 1v1 combat, and you had a recipe for some serious competition. Street Fighter 2 was one of the most iconic fighters in this regard, largely being lorded as the best fighting game of all time—and if not that, at least the most influential. Considering that everything from Tekken and Mortal Kombat to Skull Girls and Super Smash Bros pays homage to it is some way, it is a seriously important game which almost single-handedly defined a genre. And it even still holds up today.

The heyday of the arcade may be behind us, but its legacy lives on in most of the titles we still play to this day. So, if you’re in the mood for replaying some of the classics or simply diving into some of the most influential parts of gaming history, make sure to get your hands on some arcade titles today.

Speaking of gaming for nostalgia…

This article contains affiliate links as indicated by the shopping cart icon.